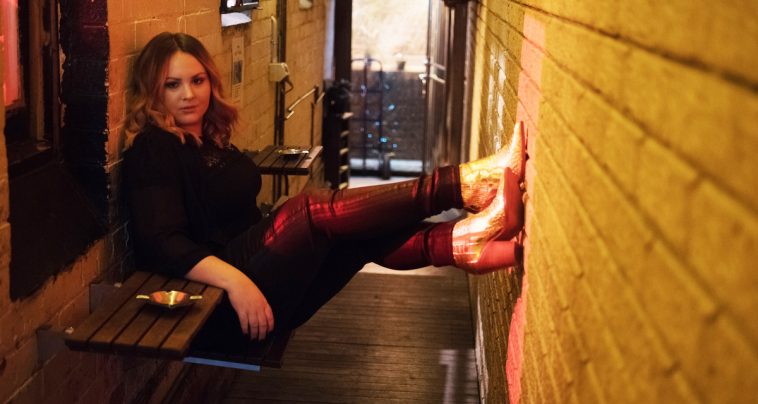 After two well-received slices of alt-Americana in Dark Side Of The Morning, and Victim Or The Heroine, Katie Brianna’s third long-player This Way Or Some Other is a showcase of a songwriter truly coming into their own.

Imbued with a palpable confidence, lyrically and musically, This Way Or Some Other is the album on which Katie Brianna has arguably found her ‘sound’.

From meandering country ballads (Wedding Ring), to up-tempo ’90s-esque indie rockers (Boots) and even a stellar rendition of Neil Young’s Birds, this album covers a lot of sonic territory, but it’s all Katie Brianna.

Produced by Katie’s Stanley Records label mate Adam Young (The Daisygrinders, Big Heavy Stuff), the album also features a considerable roster of players including members of Front End Loader, The Clouds, The Cruel Sea, The Re-mains, and The Flood, that definitely do justice to Katie’s irresistible voice.

“When it came time to make this album, I was old enough, tired, rejected, and weathered enough that I felt like I could just do whatever the f**K I wanted,” Katie said.

“What makes this album different is that I think it’s the beginning of me realising I don’t really care or that I don’t have to care so much about what i think others might expect from me.

“I love all (almost) genres of music and the things that I listen to would probably surprise most people who know me from the country industry, even those from the Americana/alt-country world.”

Katie will be celebrating the album’s release with a show at the Stag and Hunter on Saturday 19 June and she’s bringing good mates Ben Leece and Left of the Dial along for what promises to be a magical, musical night of quality songwriting and expert-level tunesmithery!

Catch Katie Brianna and Ben Leece and Left of the Dial at The Stag and Hunter Hotel on Saturday 19 June. Head here for tickets

Also, Katie will be joining Dan on Afternoons on Newcastle Live Radio on Friday 18 June so make sure you tune in!