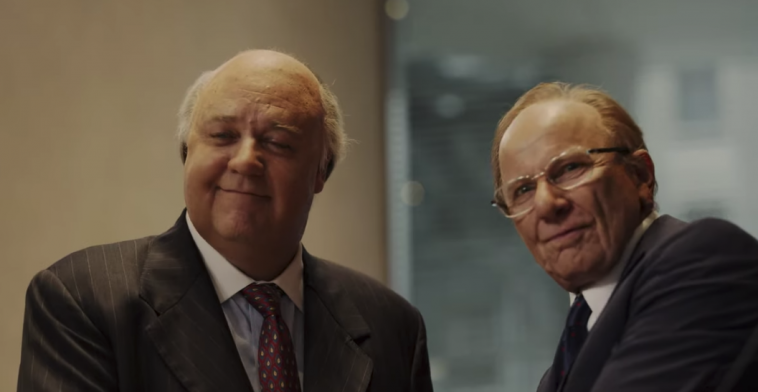 The era of internet streaming has given us seemingly limitless possibilities when it comes to choosing our next favourite TV show.

Gone are the days, too of your must-watch being interrupted by pesky TV ads AND having to wait for what seems like an eternity for the next season to arrive – more often than not it’s just a remote click away thanks to streaming juggernauts Netflix, Stan et al.

Having all of this entertainment at our fingertips is a double-edged sword. The problem isn’t necessarily “what am I going to watch?’ but rather ‘what am I not going to watch.”

In that spirit here are some streaming gems that should definitely be on your watch-list…if they’re not already.

Based on the book The Loudest Voice In The Room by Gabriele Sherman, this riveting drama not only charts the establishment of Fox News, but also it’s and Ailes’ role in the direction of the modern Republican Party and the rise of ‘Trumpism’ in North America.

Russell Crowe is outstanding and almost unrecognisable as the formidable and flawed Ailes.

In fact, it’s probably his best performance to date.

Family Guy creator Seth Macfarlane also does a great job in drama mode as Ailes’ attack dog publicist Brian Lewis as does the rest of the stellar ensemble cast.

From otherworldly US Government experiments to secret Russian military bases and psychokinetic children, there is certainly no shortage of drama and intrigue to be found in the sleepy town of Hawkins, Indiana.

If you are a child of the 1980s (like this writer_ you will find plenty to LOVE about this moreish series. From the Goonies-esque relationship of the core cast of kids, to the great soundtrack and casting of Winona Ryder, this series packs on the ’80s charm to a tee.

While season three may get a little ‘gory’ for some tastes, Stranger Things is definitely a worthy addition to your Netflix watchlist.

Ben Kingsley is undoubtedly one of the finest actors of his generation – a fact proved yet again with this fascinating and at times quirky neo-noir.

Taking more than a few cues from the Cohen Brothers (think Fargo for a great example) Perpetual Grace, LTD follows young grifter James who attempts to extort a wad of cash from Pastor Byron Brown (Kingsley) and his wife Lillian (Weaver).

However, James’ seemingly simple plan quickly goes awry thanks in no small part to Pastor Byron, otherwise known as Pa, who it seems is not as meek as you are first led to believe.

Kingsley is menacing as the Pastor and it’s great to see Jacki Weaver offer up another bravura performance.

If you like shows about grizzled cops that are on the verge of being past their used by date as society changes around them, then City On A Hill should be right up your alley.

Executive produced by Matt Damon and Ben Affleck, City On A Hill stars the legendary Bacon as grizzled FBI veteran Jackie Rohr who must form an unlikely alliance with new district attorney Decoursey Ward in an effort to bring down a ring of armoured car robbers.

5. Orange Is The New Black

Now up to its seventh season, which dropped last week, this runaway Netflix hit has become one of the jewels in the streaming service’s crown.

And for good reason.

Following the lives, trials and tribulations of the women at  Litchfield Penitentiary, in particular, inmate Piper Chapman (Taylor Schilling).

Thanks to some expert writing from creator Jenji Kohan, we see Piper’s naivete stripped away as she copes with day to day life behind bars

However, it’s not all doom and gloom as Orange Is The New Black is not afraid to pepper some truly dramatic moments with some well-timed comedy.