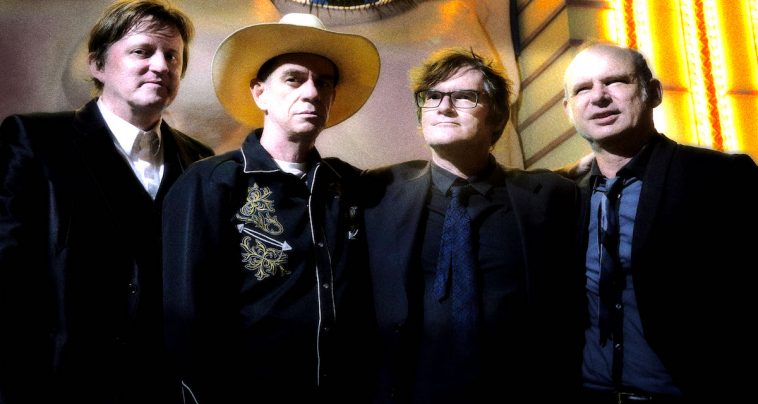 There have been many pundits wax lyrical about the 1970s as being the halcyon years of Australian music.

But for John Kennedy, those days would come a few years later.

John, who cut his musical teeth in Brisbane with the band JFK and the Cuban Crisis at the turn of the decade before moving to Sydney and eventually forming John Kennedy’s Love Gone Wrong, was well and truly at the epicentre of the independent music scene in Sydney – a scene that spawned the likes of The Celibate Rifles, Died Pretty, and The New Christs (to name a few).

“A few years ago I released an album of indie classics from that era, covering the likes of the Triffids, Hoodoo Gurus, Sacred Cowboys and The Lighthouse Keepers,” John told Newcastle Live.

“While doing promotion for the album, people would ask me: ‘was it really the golden era of Australian Music?’ My answer was always: ‘yes it was.'”

“It was all happening – you could walk between three or four venues in one night in Surry Hills and see The Triffids, Then Scientists, The Hoodoo Gurus, and maybe JFK and the Cuban Crisis all in sone night and for free. It really was an incredibly vibrant time.”

Fast forward a few decades, and stints living and playing in London, Berlin and Hong Kong, John formed his next creative outlet John Kennedy’s ’68 Comeback Special – a band that revels in a sound that John describes as urban and western – a style that sums up the majority of his career.

“Urban and western is a category that I invented to describe myself. I figured, if I’m going to be pigeonholed, I might as well provide the pigeonhole,” John said.

“It’s basically my variation of country and western but the songs that I was writing earlier in my career were based around living in the inner western suburbs of Sydney – urban stories with a bit of a country tinge in the music.”

Part of the genius of John, other than his ability to effortlessly evoke such a strong sense of place in his work, is that he has always surrounded himself with a formidable set of players.

Throughout his career, the likes of Wayne Connolly (Knievel, The Welcome Mat), Corey Messenger (The Welcome Mat), Graham Lee (The Triffids) and Michael Armiger (Paul Kelly and the Coloured Girls, The Johnnys).

And that continues with the latest incarnation of John Kennedy’s ’68 Comeback Special – a lineup that is set to wow Newcastle when it hits the Stag and Hunter Hotel on Saturday 12 June.

“The one guy that has remained the most constant companion in my music career is Peter Timmerman,” John said. “He was the drummer in the first line-up of Love Gone Wrong. After I returned to Australia, Peter turned up at a show in 2001 and has been playing with me ever since. He’s the rock to my roll.

The next longest-serving member is someone people may know from a certain group known for entertaining children.

“I put up a post on Facebook back in 2012 saying I was looking for a new guitarist and Murray Cook, who I knew from gigs around the inner west over the years got in touch. We have great fun on stage taking the piss out of each other endlessly,” John said.

“People know him obviously from the Wiggles but he has always been a great rock guitarist in his own right.”

The line-up is completed by bass player Phil Hall who comes with a “sterling independent musical pedigree”, having plied his trade in such bands as Sardine V with Ian Rilen, The Dropbears and the legendary Lime Spiders.

And, add t that what promises to be a tub-thumping set from Newcastle legends The Hurricanes, and you’ve got yourself a long weekend gig to write home about!