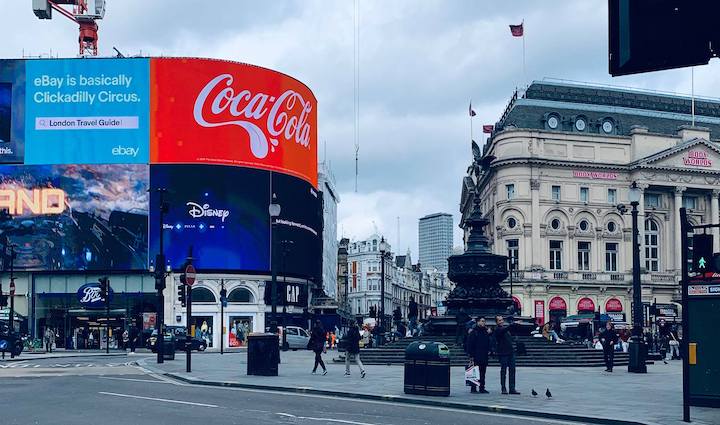 Some of you might recall the article I wrote three weeks ago. It was all about how I wasn’t going to let coronavirus won’t ruin my travel plans.

Can you remember early March? Does anyone remember a time when it wasn’t March 2020? It really does seem like a lifetime ago.

But yes, I did go on my holiday. It just wasn’t the holiday I’d planned.

The day was finally here, and I was excited. Singapore-London-Paris-Dubai. They all called to me.

If Singapore was the appetiser and London the entrée, Paris was the main meal. The pièce de résistance. The reason I was flying to the other side of the world.

A last-minute bag change meant I was running a few minutes late to catch the train to the airport. My nerves got the better of me and I insisted my son let me drive.

The gang at Roads and Maritime were just as excited for me, so they took a few happy snaps as I zipped through the lights at Broadmeadow.

The irony is I waited 15 minutes at Broadmeadow station for my train.
12 hours later, I walked into a literal wall of heat and humidity in Singapore.

As I navigated my way through the airport to the MRT, I noticed the screening checkpoints. A reminder coronavirus was a global health issue.

I spent the next day wandering around Singapore, enjoying being alone in this exotic city that smelled of delicious spices and adventures to be had.

It was Wednesday and after a 14-hour flight, I staggered into the cold London morning air. As I sat enjoying a coffee, I hauled a coat and scarf from my luggage and scoured the internet for ways to get to Windsor Castle.

My first solo London adventure was about to begin. Hooray!

Windsor Castle was everything I imagined. Breathtaking. Majestic. Regal. Imposing.

It was also almost empty.

I didn’t expect to see The Queen, although that would’ve been lovely and quite the coup as far as my mother’s concerned, but there were hardly any tourists other than a few school groups.

While no people meant I got some fantastic, people free images (you can check them out on my Instagram), it was a reminder from the virus. It was always lurking, ready to strike.

I was now just seven days away from Paris and spent the next four days wandering around London doing all the touristy things.

St Pauls’ Cathedral. The Shard. Cruising the Thames. Buckingham Palace (and the Changing of the Guard). The Globe.

I came home every evening exhausted but exhilarated by my daily explorations.

By Saturday, I was confidently travelling the famed London Underground and was quickly learning to navigate London Buses. I was almost a local!

When I casually mentioned on Facebook that I’d not had to wait in a single queue, a few traveller friends noted this was unheard of. One particularly well-travelled friend messaged me to say she’d been in London on 9/11. She noted the city wasn’t as empty that day as it was now.

I laughed and told her how lucky I was then, to have London basically all to myself.

That may seem naïve, given the last few weeks, but it’s how I felt. As I said in my original article, and as many of us felt at the time, coronavirus wasn’t really going to stop us from living our lives.

By Sunday evening everything had changed. French President Macron had ordered all public places closed.

I wasn’t going to Paris. My heart was breaking.

The coronavirus was, at last, exerting its dominance. The dragon unfurled, arched and rose to full height, roaring into the night as it shook the very foundations of life as we know it.

Shortly after, the Australian government asks all Australians to return home or risk being caught overseas.

The coronavirus was, at last, exerting its dominance. The dragon unfurled, arched and rose to full height, roaring into the night as it shook the very foundations of life as we know it.

As it slithered its way across the globe, scientists and world leaders scrambled to stop its relentless march. I started reading of people caught in faraway lands, unable to return to Australia.

The fun idea of being trapped in London or Paris for a few extra weeks wasn’t so fun anymore. I called my travel agent and she tried for three days to get me onto a flight home.

The hammer of isolation had yet to fall so, on my penultimate day in London, I once again took to public transport to roam this now deserted ghost town.

And yes, I did practice social distancing, although that was still a new term.

If I thought people-less photos in London were eerie, it was nothing compared to walking the silent streets.

Trains and buses were mostly empty. Piccadilly Circus and Trafalgar Square the same. At Westminster, you could hear the keening of the lone piper almost all the way down near the Abbey.

For those who’ve been to London, that’s not a typo or an exaggeration. I stood near the statue of Nelson Mandela and could hear the bagpipes.

Police outside the Houses of Parliament far outnumbered civilians.

My last day in London was spent alone in my Airbnb flat. I spent it writing, reading, watching the BBC and exchanging WhatsApp messages with my travel agent.

We’d still not confirmed my flight home and it was now less than 24 hours away.

Into the darkness once more

5am Friday morning, I finally receive a message from my travel agent confirming my flight home. We’re both relieved. I pack and make my way back to Heathrow, tears once again sliding down my face as I think about Paris.

At least I make it to Dubai. For 80 frantic minutes as I, along with hundreds of other Aussies, dash through the airport and two extra security checks to board a flight to Sydney.

I let out a breath I didn’t realise I was holding as we touch down at 10pm and I, once again, walk into the dark Australian night.
My son picks me up and drives me home where I enter 14 days of mandatory quarantine.

It feels different from when I left. A slew of new rules and regulations have been enforced. We all want to #flattenthecurve

I’ve been lucky and have been refunded 100% of everything I booked.
This time three weeks ago my alarm woke me, and I jumped out of bed ready for my Great Big Solo Adventure. An adventure was exactly what I got.

It just wasn’t the one I planned.

I still long for Paris but, when this crisis passes, I think I’ll spend time travelling and writing about Australia. 2020 has given us the double whammy of bushfires and COVID-19, so for the time being, Australia needs me more.

Paris has been there for two thousand years. Paris can wait.