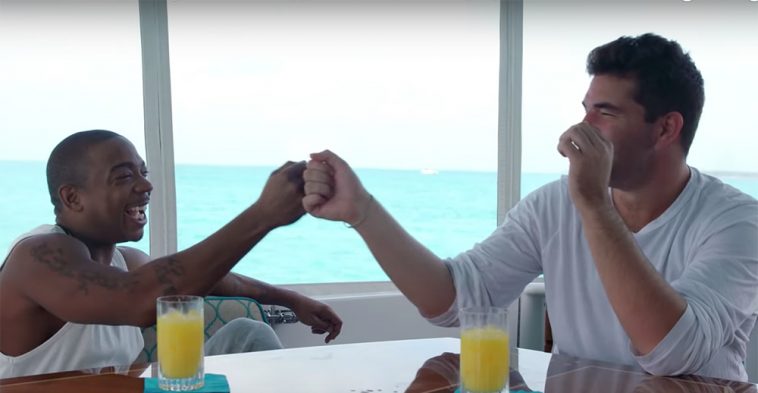 The long awaited documentary on the infamous Fyre festival controversy has finally dropped and as Rob Thomas says, man it’s a hot one. Calling it early, it’s one of the best you’ll see all year.

For those of you who blocked this black spot in (social media) history from your minds, Fyre (or FY-YAH as Ja Rule would say) festival was the greatest festival that never was. Co founders Billy McFarland and Ja Rule set out to create a utopian experience and music festival for the elite. A place where the instafamous can mingle amongst those who can afford to at least pretend to be instafamous whilst the rest of us can sit back and imagine what it would be like to have a name like Richard Huntington III. Which is exactly why you should watch the documentary of its demise.

What could be categorised as the worlds greatest f**k up, Fyre festival was much less the promised exclusive experience and more like the Lord of the Flies on steroids. The whole thing was just one big giant pipe dream born from the min of a kid who just wanted to fit in (or at least be someone who had super duper hot friends). The documentary is so anxiety inducing, so tense, so borderline insane that you just can’t look away. You get to see in real time, the countdown to the festival and the fact that the advertised “luxury villas” are really just hurricane tents on a deserted part of the island (and not in a romantic way either) stuffed with rain soaked mattresses. All which culminated in a riot of the rich and not so famous white people of the world.

It’s easy to look from the outside and be like omg wow who would be dumb enough to even go near this festival with a ten-foot pole let alone put their careers and reputations on the line to try and salvage the operation. But… one particular member (or consultant rather) of the Fyre festival was prepared to go above and beyond for the cause. Should I talk about the length here? No (excuse the pun) but the documentary is so so worth it for that three-minute snippet alone and I hope the gentleman in question had access to the therapy he needed.

Why should you watch this documentary? Because it’s a detailed account of the biggest train wreck this generation has ever seen. If you’re a baby boomer you get to watch millennials “get what they deserve”. If you’re a millennial you get to see how the other half live. And if you’re somewhere in between well why not just sit back and enjoy what could happen if you decided to follow through on that idea you got that one time you were wasted sitting on your mates balcony.

So there’s the rub (basically). Watch the documentary immediately and celebrate the fact that you didn’t have the $12,000 to blow on a GA ticket. *lol ‘blow’