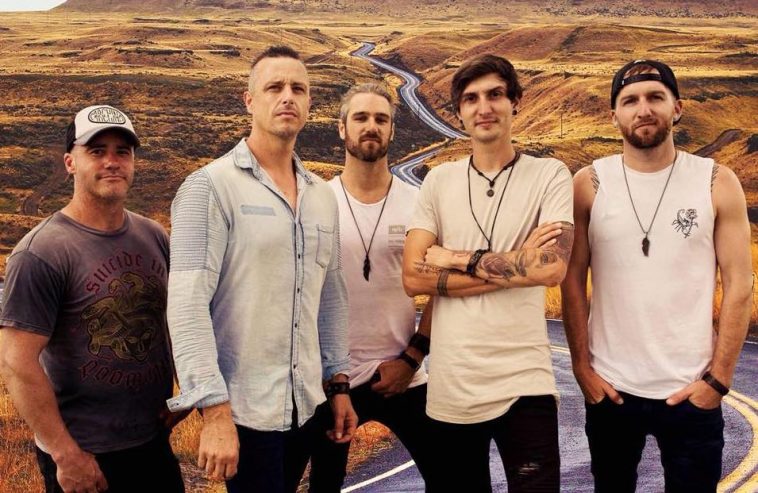 Newy-bred country-rockers Hurricane Fall are certainly no strangers to drama.

Back in July, the four-piece were heading back from a Canadian run when their flight was struck by wicked turbulence, forcing their flight to land in Honolulu.

While the band landed safely, they were not without casualties, with bass player Pepper Deroy suffering what was initially thought to be nerve damage in his forearm.

Incredibly, sustaining such injuries hasn’t kept the band away from the stage, in fact they will be turning things up to 11 at Shoal Bay Country Club this weekend.

“My back’s broken and my neck has been fused but I’m still able to play okay – I’ve just got my bass on a stand.”

He added that the mid-air drama had been quite the wake-up call.

“We did some research when we got back and found that maybe 90 percent of incidents like this resulted in the plane going down – so it was pretty full-on and we’re all extremely lucky.”

And lucky for us it’s still all systems go for the tubthumping rockers who are getting ready to release their debut album – the first fruits of which – the polished country groove of Top Down will be available for pre-order from August 23.

“We’re all really excited about getting this album out there and hitting the road – we’re really proud of it.”