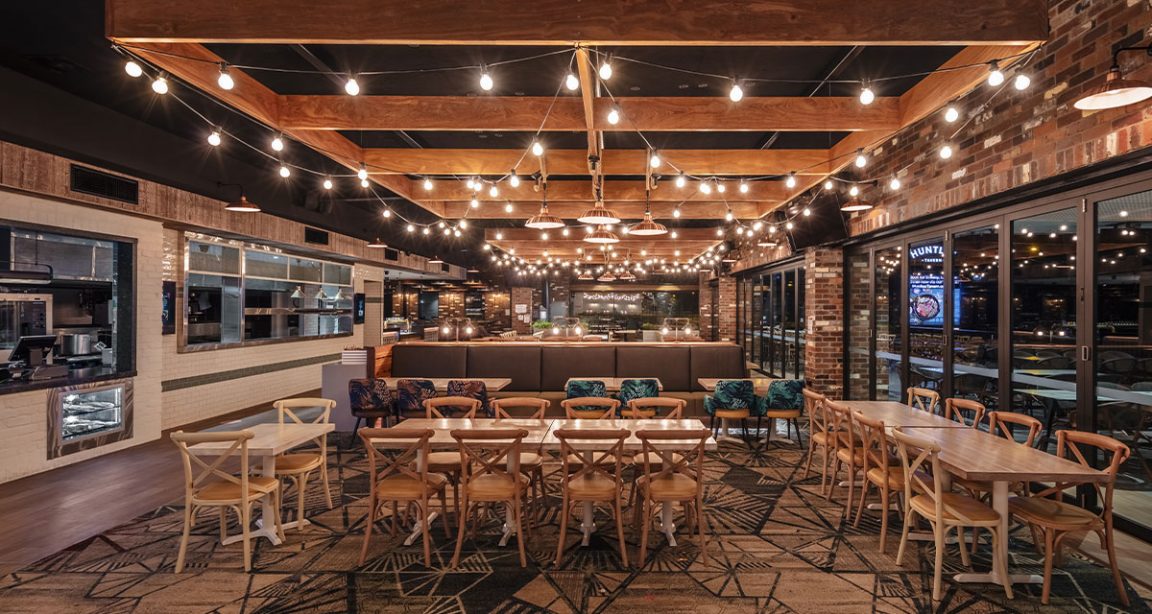 The Huntlee Tavern is your entertainment destination located in the hub of the Hunter Valley.

From lush interiors, gastronomic delights and a solid bar lineup to weekly live music events, RNB Friday and national touring bands, there’s a lot to love about this venue.

Here’s why we reckon you should make it your next destination in the Hunter.

Breakfast, lunch and dinner seven days a week in one of the most picturesque locations in the Hunter.

The Huntlee tavern gastropub serves up lashing of your favourites are made from locally sourced products providing farm to plate experience you’ll be itching to tell your friends about.

On the menu, you’ll find great steaks and ribs, pizzas, vegan dishes and a great lineup for the kids.

The bars at the Huntlee not only showcase a healthy lineup of fresh beer and cider, they also shake up some a delicious menu of cheeky cocktails.

From classics like sours and martinis to inventive creations like their blueberry cosmo and heaps of weekly specials. Grab a drink and find your spot in one of the cosy spaces including the venue’s second story, amongst the exposed brick walls and ceilings.

And if you’re a local, the tavern offers a range of courtesy bus routes so everyone can make a night of it.

National Bands including The Radiators and Thirsty Merc have played here, Thirsty Merc are currently touring Australia with their new album and will be back at Huntlee on Father’s day Sunday 4 September from 9pm.