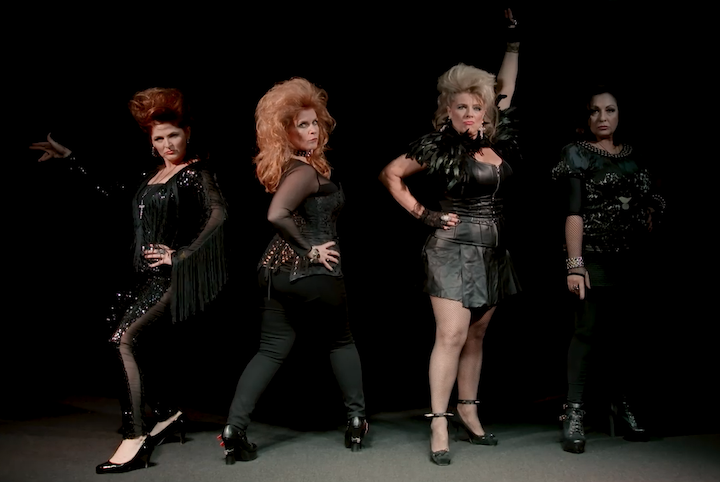 And Hot Flush is gearing up to unleash another rock and roll anthem which will hit eager ears on International Women’s Day.

“Can you feel it getting hot?” the band wrote, announcing the track.

“Must be close to the release of another Hot Flush rock anthem…set your calendars for 8 March! Watch this and get ready for the Viewing Party of our full video this time next week on International Women’s Day.”

If the preview is anything to go by, then this promises to be an unadulterated banger befitting the rock and roll swagger this band possesses in spades.

They caused quite the stir around the traps back in November when they released their debut statement of intent Legwarmers.

Check out the clip for Legwarmers below

The track features a blistering guitar solo that threatens to melt the face off even the most seasoned rock pig and the accompanying clip, produced by Erling Grønhaug in association with The Hut Productions, showcased the rock and roll ferocity that is Hot Flush with more than a few LOLs thrown in for good measure.

So, make sure you check out the band’s Facebook page and prepare for another dose of Hot Flush awesomeness on Sunday 8 March!

ALSO ON NEWCASTLE LIVE
HIRSUTE HERO: Victorian hair farmer takes out MULLETFEST 2020 top honours
Lake Mac Council sews the seeds of creativity with new grant program
TWO FOR ONE: Hey, how about a little parking consideration, please?
SAVE THE DATE: On-point satirist Friendlyjordies is back for THREE Newcastle shows