When you look back at some of the great Newcastle bands over the years, many names loom large: Rabbit, The Orphans, DV8, Vegemite Reggae, Rat Salad, The Porkers, The Hipslingers, Benny & The Jets, The Heroes, The Screaming Jets and Silverchair just to name a few.

All of these bands have achieved notable successes.

One in particular achieved not only success but notoriety on an massive scale that has bestowed upon them legendary status.

The Heroes formed in 1976 when ex-Rabbit members Mark Tinson (gtr), Jim Porteous (bass) and Phil Screen (drums) cast their off their glam rock outfits and parted ways with their singer Dave Evans (AC/DC’s first frontman) and, along the way, recruited a young man by the name of Peter de Jong.

The band started out at Clinkers Tavern in Belmont (now long gone), honing their craft and building their audience during a year long residency.

In September 1979, The Heroes shot to international fame as the last band to play at Newcastle’s Star Hotel, an event which led to a much-publicised riot that involved setting fire to police cars, fighting in the streets and Pete de Jong being charged. But enough has been written about that night. Let’s focus on the band and the music.

By October 1980, The Heroes had signed with the iconic Alberts label, released their debut album, hit the charts, toured and performed on Countdown. If the story ended there, many would consider that the band had ‘made it’ and deserved a revered place in the annals of both Newcastle and Australian Rock history.

But the story doesn’t end there.

Some 35 years after the release of their excellent debut album, The Heroes have decided to put out the follow-up which they launch this Saturday night at The Cambridge.

Newcastle Live sat down with Heroes frontman Peter de Jong to preview the album and find out what brought the band back together . . . 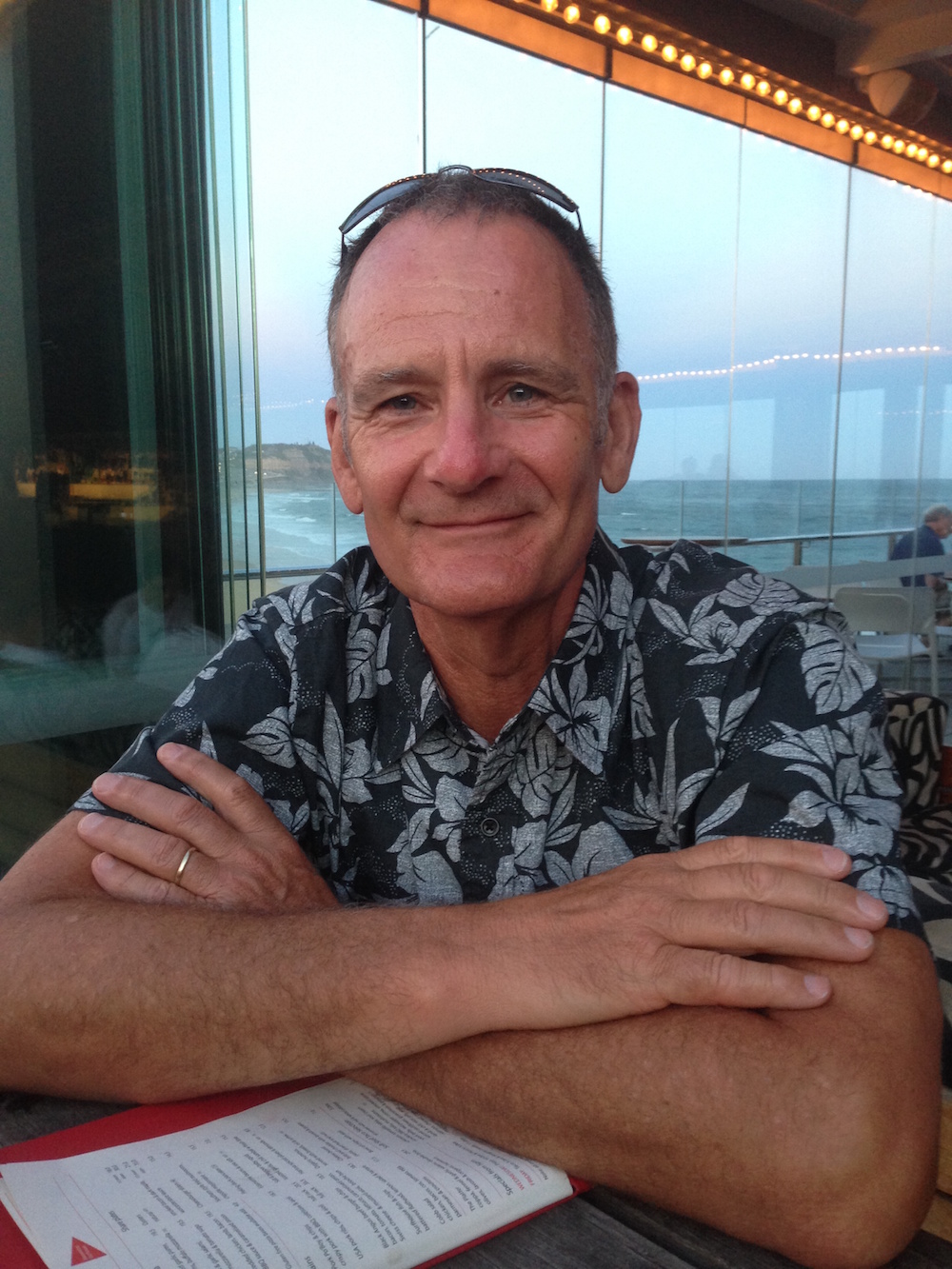 PdJ: Well, we’ve never really been apart. Since the band folded in ’82, I have been working live constantly with Jim and I worked with Tinno in Sydney through the 80’s writing jingles. Then in ’86 I think it was, or maybe ’84, Quay One opened and we got back together for that gig. We had 3000 people, an unbroken house record which was pretty exciting because it was a new venue and it was the first time we’d played in Newcastle for a couple of years and it was quite astonishing how people reacted to it.

From that point on, we played together here and there, and bit by bit we found ourselves doing one or two gigs a year.

The momentum for the current phase, which has now led to the new album, started on Australia Day two years ago at the Wickham Park Hotel. That gig was kind of pivotal because it was such a huge night and it started us talking. Tinno and I had a bunch of songs left over from the 2nd album, what I call The Great Unreleased Second Album, which included material we wrote after the first album.

Anyway, the following year, we did The Wicko again. Half way through that gig, there were a couple of tunes from that original collection of music we had written for the 2nd album that we started to re-introduce into the set – ‘Heavy Industry’, ‘Talkin’ Dirty’ and ‘Mistaken Identity’ – these go back to Heroes live gigs circa ’82.

So we were at The Wicko and about to play ‘Talkin’ Dirty’ and I said “This is one that’s gonna be on our new album, we’re gonna do a new album this year”. And Tinno sort of looked at me – “Really?”.

Anyway, we sort of blew it off and finished the set. A few weeks later Tinno and I were talking and I said “What about this album, let’s do it” and he said, “Okay”.

It was about 3 to 4 months later that we got serious about it. My idea was always that the new album had to be a bridge between that period and where we are now.

So Mark and I went through a bunch of my stuff and chose tunes from that. And Mark also had a couple of tunes which were just sketches of songs really. We worked collaboratively on those two songs, ‘Don’t Look Back’ and ‘Lightyears’.

That was good fun. ‘Don’t Look Back’ was just a music bed so the lyrics and what the song’s about took over this blank canvas. That was an interesting process in itself. Whereas, with ‘Lightyears’, it was different. Tinno already had a chorus for it, which meant I had to retro-fit the lyrics and that was fun as well. 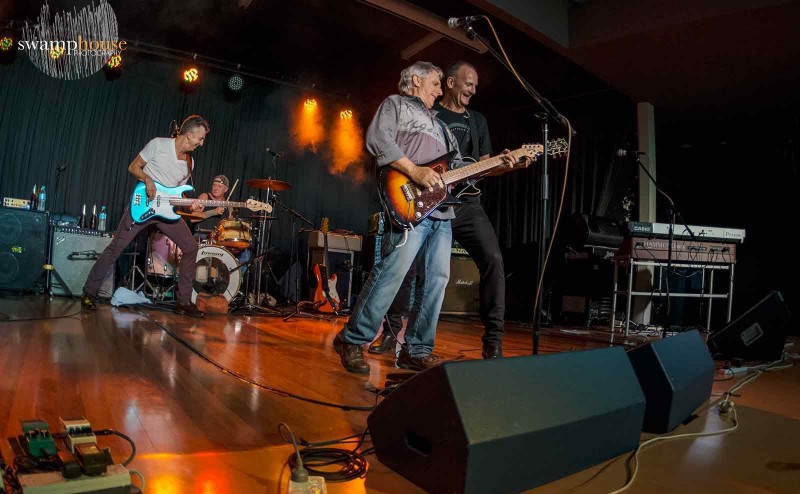 Apart from the three older songs and the two de Jong/Tinson collaborations, the remaining tracks are de Jong compositions. They vary from the mighty ‘Testify’, a rocking tune with a huge chanting chorus to ‘Killing Time’, a plaintive ballad that is unlike anything The Heroes have ever done. It is clear that this new album is not simply a rehash of the first one, instead exploring new and different feels, textures and subject matter.

That’s not to say that fans of the first album won’t feel a sense of recognition when they hear the new album. Tracks like ‘Mistaken identity’ are immediately recognisable as The Heroes of old – in fact de Jong states that “There’s a direct connection between ‘Mistaken Identity’ and ‘Baby’s Had A Taste’” – but, when the listener hears ‘Killing Time’ or even ‘Heavy Industry’, a rock extravaganza built upon a clever sequence of industrial sounds, the band’s evolution becomes evident. For de Jong, it was technology that helped.

PdJ: I discovered Garageband and it was the perfect songwriting tool. It really awoke some kind of creative thing in me – it helped get things out of my head. So I started writing stuff, it just started to flow.

When it came time to choose the songs for the album, Mark and I looked at the old stuff, our collaborations and my stuff. We culled it down to about 15 or 16 tunes, then we put the list to the other guys and from there, trimmed it down to 11 songs.

PdJ: We’d initially booked the studio for two nights. The first night we went, okay, we’re going to do 3 songs. We sat around in a circle for each song and everyone contributed. So then we’d play it through it, play it through, play it through so that everyone was comfortable we had the tempo and the feel right and that the arrangement was cool.

Next night we’d come in and Screen would go into the drum room while Jim, Mark and I were in the control room with cans on and we’d play the song through the desk, recording the drums.

Once we’d done that, Jim put down the bass lines and we ended up with this rolling process where we’d have 3 or 4 songs we had the bass and drums for. At that point, Mark and I would get together. He’d already have his rhythm guitar tracks down and then I’d go in and put down my parts and work on the solos.

The whole process was about two months of pretty intense work.

Was it much different from recording the first album?

PdJ: With the 10 songs on the first album, they were road-tested and some of those songs we’d played for three or more years so the muscle-memory was there. Whereas, this process was different because, apart from the three tracks we had played prior, the other eight we’d never played before as a band.

Some went down smoothly. ‘Talkin’ Dirty’, for example, was pretty straightforward. On ‘Mistaken Identity’, we laid down all the music and all the backing tracks first so I was singing over a finished track which, for me, is much more comfortable because I’m sort of bouncing off what’s going on around me.

That first album is a killer. Fortunately for fans like this writer, the band have decided to include a remastered version of it with the new album.

PdJ: For the first 15-20 years, I couldn’t listen to the first album – all I heard were the flaws. And then we got the rights to re-release it. We had it digitally remastered and Tinno, as soon as he got it, brought it over. The first thing I did was stick it in the car and went for a drive and I thought “Fuck, this is pretty good” because I was hearing it in a different way – all of a sudden, I had much more appreciation for our performances, the production and the songs themselves.

Given the success of the first album and the band’s profile way back in the early 80’s, one wonders why they broke up at all . . .

PdJ: We’d done the album, been on Countdown and we were constantly touring. We had roadies, trucks and debt, and we constantly needed to feed the machine. We were struggling for money and we got to a point where we were flat broke and the roadies were making more money than we were. We were in Queensland, at a band house on the Gold Coast and I still remember it clearly – we all got up this one morning and we were sitting around having breakfast and someone, can’t remember who it was, just said “Well, I’ve had enough” and everyone else sort of said “Me too” – so it was that quick.

So the band did one final tour to pay off the debts and then split. And that’s why this new album is so important – it’s an opportunity to finish the business. 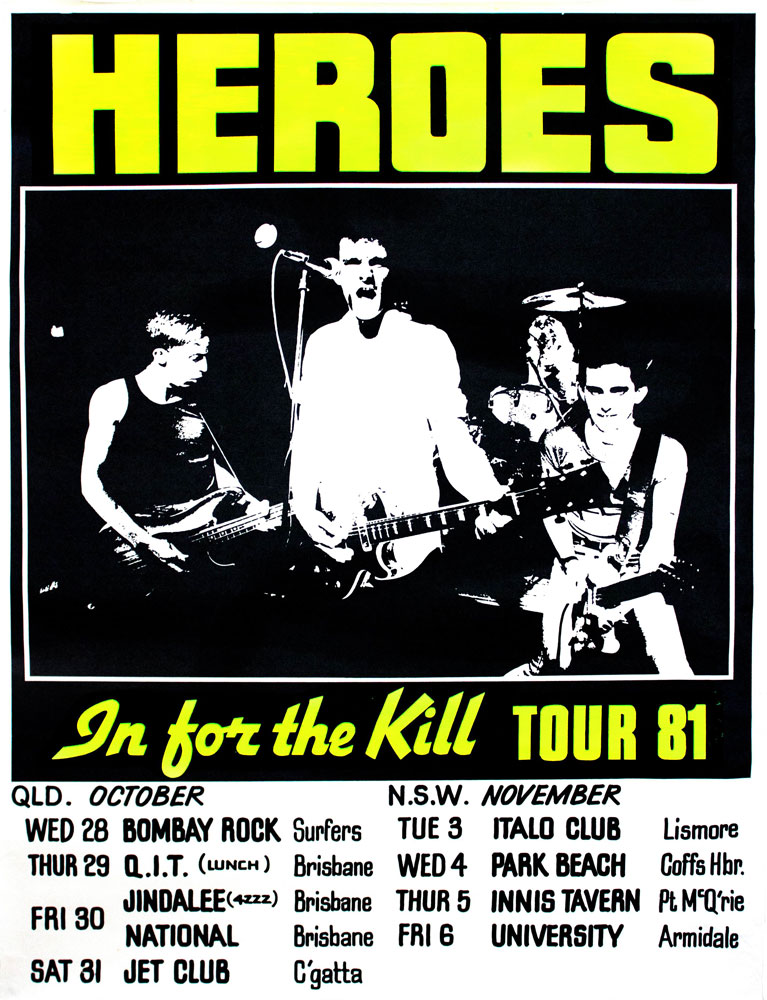 The new album will be launched at The Cambridge this Saturday night . . .

PdJ: The interesting thing is going to be how these songs work live. When you listen to the album, there’s a texture on some of the songs – that’s a 12 string – so Trevor Dare is going to come along and play on 5 songs.

Hopefully, the new album will speak to people musically as well as lyrically. I think we’ve got a lot more to say with this album. I hope that anyone listening to it would pick up from the first album and they’ll hear things that are connected but, given the amount of time that has elapsed, it would be nonsensical if the new album sounded like the first one.

There’s such a diversity of tracks that once you sit down and listen to it a few times, there’s maybe two tracks that I would say are kind of similar in approach [to the first album] but everything else is different. There are more shades on this album.

There’s an arc from where we were to where we are now – and it feels okay. This feels really good. It’s about a bit of unfinished business.

The Heroes launch their new album this Saturday night at The Cambridge Hotel.