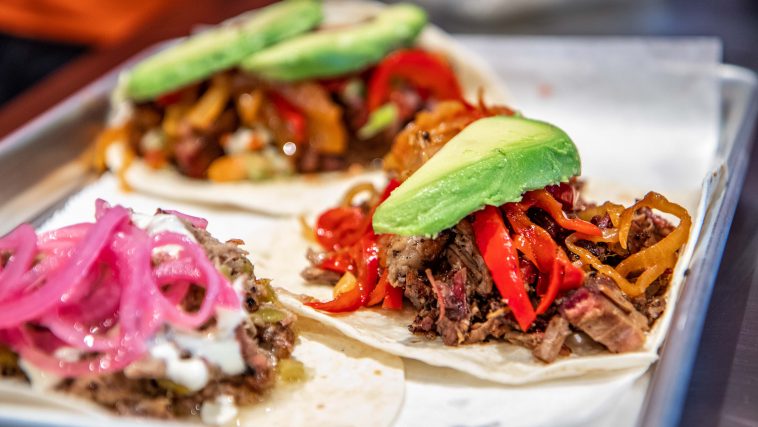 Stockland Green Hills-based eatery, The Taco Shack is here to stay for the foreseeable future.

Owners Rob and Randi Thraves, who also run the popular Islington-based Smokin Hot ‘N Saucy have announced that they have extended their lease at the East Maitland location bucking what they say is a downward retail trend at the mega-mall.

“We struggled with the decision to stay or move locations for a while – the economy isn’t looking great with other retailers leaving,” Randi said,

“But, we have a great team, a great product and we already have quite a few regulars that we are super grateful for.”

Rob and Randi took a gamble on a casual mall lease at Stockland back in September 2019 and it seems that the concept of super fast and fresh Tex Mex fare is a winner with Hunter palates with the couple also planning more locations in the future.

“The team at Stockland Greenhills have been helpful and we look forward to growing the Taco Shack in the Hunter Valley, Newcastle, and Central Coast area,” Randi said.

Rob added that one of the secrets of the Taco Shack’s success had been the meat, sourced from local producers and prepared in Smokin Hot N Saucy’s traditional Texas offset smokers.

“It’s nice knowing that I’ve built a business that can support our Australian farmers – it’s important for our economy we all support each other in whatever type of business we are in,” Rob said.

“Especially when we have a climate that is drought-ridden and with this year’s bushfire season, I’ll keep doing my best to grow a solid business that brings jobs, supports our resources and farmers, while delivering delicious food across both restaurants.”

ALSO ON NEWCASTLE LIVE
THAT’S EPICO! Susuru joins forces with Anjoitos for Mexican-themed ramen collab!
NEW TUNES: Gooch Palms get political on Great Dividing Rage single
Spend an afternoon in Newcastle with Clare Bowditch for International Women’s Day
Under The Southern Stars reminds us that Viagogo is a no go