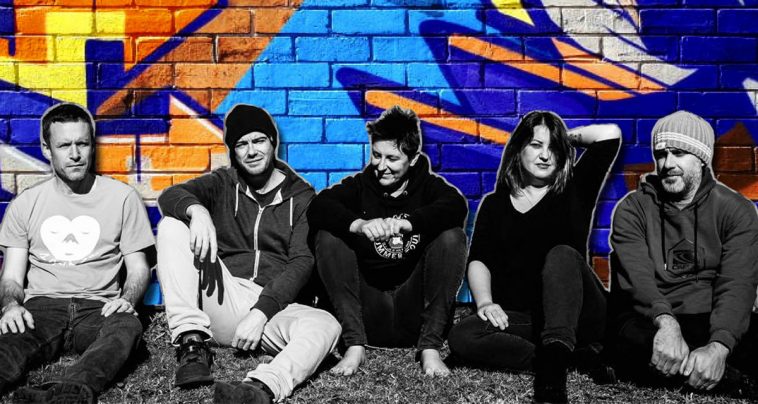 Heddy’s Revenge, a regular of the local live scene in the late ’90s and early ’00s, are back with their first single in over 20 years.

The song, called New Line, was written before the band originally went on Hiatus and showcases the sound they were known for back in the days of “Newy rock”.

The video for the single combines photos and clips from the band’s history with new footage of each band member (recorded separately due to restrictions).

The pinboard aesthetic really fits with the song’s nostalgic take on a relationship gone wrong.

Drummer Libby Jones was chosen as the 2015 ‘Hit Like A Girl’ international ambassador for Australia to help promote and support female drummers. Both Libby and Nadia were also members of the legendary Newcastle female punk band Twin Psyche.

Steve and MJ spoke to Newcastle Live Radio about putting the band back together.

Tune in using your web browser.

Missed your favourite programe? You can listen back to all the highlights.

Join the conversation and become a member of our radio family.

Check out our schedule.