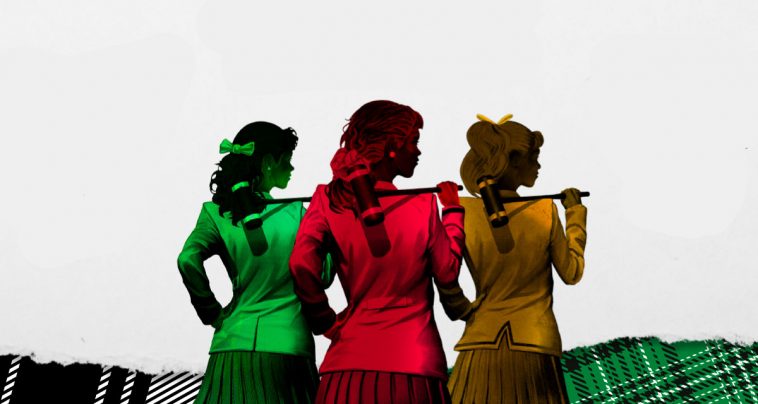 It’s time to bust out those shoulder pads Newcastle because Heathers The Musical is coming to town.

The musical is based on one of the greatest teen comedy films of all time, Heathers which was written by American screenwriter and film director Daniel Waters.

Hunter-based theatre company Chookas Entertainment will open their season of Heathers The Musical at the Civic Theatre Playhouse in Newcastle this November.

Producer Jody Miller is bringing the show to Newcastle, following a sold-out season of the Chookas production of Chicago the Musical earlier this year.

“Since announcing the Newcastle Season of Heathers The Musical, we’ve been overwhelmed with positive responses and audiences wanting to know what fresh take this production will involve,” Jody said.

“We’re excited to share this classic production with audiences in Newcastle, who have already shown so much enthusiasm for the show.

“Whether they’re die-hard fans of the movie or can’t wait to relive the ‘80s through a smash hit soundtrack. We know there will be lots to love about this high-energy show.”

The local cast of local singers, dancers and actors will bring a killer lineup of hit songs to life including Candy Store, Beautiful, Dead Girl Walking and Seventeen.

Musical theatre artist Bree Young will play the cool and kind Veronica Sawyer, a role originally made famous by Winoda Ryder, and performer Dom Lacey will play the darkly charismatic Jason Dean the character Christian Slater heart throbbed onto the screen in the 80s hit movie.

The Newcastle season of Heathers The Musical opens at Newcastle’s Civic Theatre Playhouse on 9 November, followed by a 10-show season till 19 November with a dress-up opening night event on the 11th of November. Visit civictheatrenewcastle.com.au for more into and tickets.