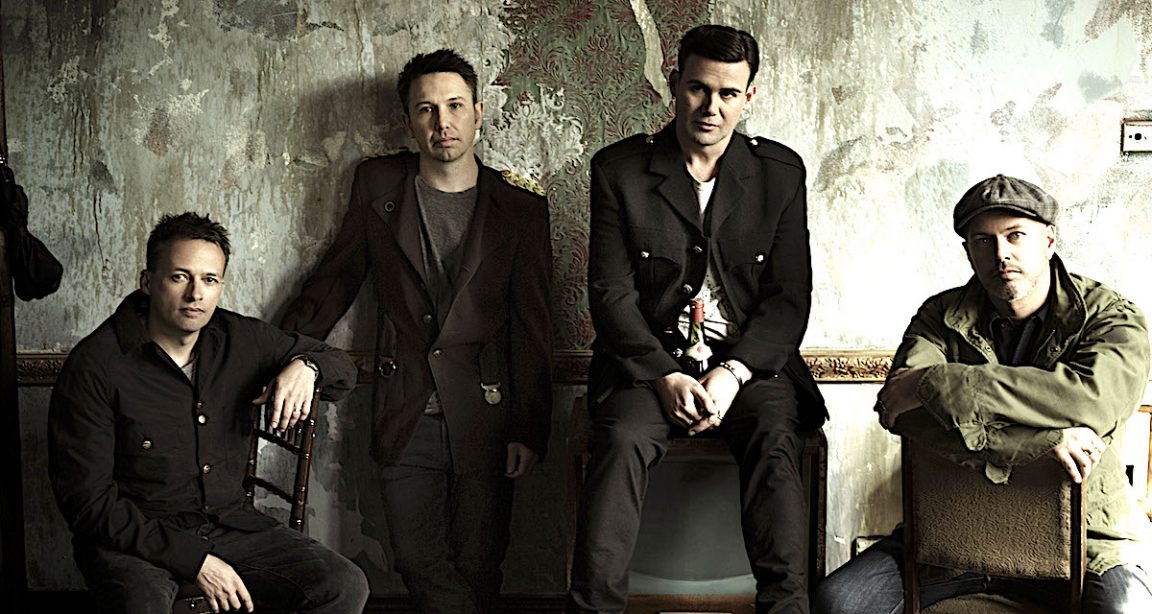 It may have been a long time between drinks, but 2021 could be the year that we hear some new music from Grinspoon!

Speaking to NL, Grinspoon guitarist Pat Davern said that after two highly successful nostalgic national runs following an almost five-year, well-deserved, hiatus, the events of 2020 had thrown up some existential questions about the nature of the band.

“We came back and did the Guide To Better Living Tour which was really successful – we felt like the whole nostalgia thing was important in a way. Since then, we did the Chemical Hearts Tour which was kind of a best-of tour, and now we’re leaning towards asking ourselves ‘are we happy being a heritage act or do we have more to offer as a band that still writes and releases new music?'” Pat said.

“We went to Adelaide and did a bunch of demos before COVID started but actually putting our balls on the line and releasing new music – is that what we want to do?

“I think that 2020 has tilted the scale more in favour of us continuing on and doing new music. While being comfortable being a nostalgia or heritage act, I think we all still believe we’ve got more to give and that was a decision we had to come to as a group. I think we are all on the same page so, watch this space.”

It will be a nostalgic Grinspoon however, who will hit Newcastle next year as part of the awesome 2021 Scene & Heard lineup, and Pat said the band were champing at the bit to get back on stage – especially in Newcastle.

I think we all still believe we’ve got more to give and that was a decision we had to come to as a group. I think we are all on the same page so, watch this space.

“It has been such a strange year for us and all musicians really but what a great way to start back in Newy – the heartland of Grinspoon fans,” he said.

“We’re stoked to be coming back to Newcastle and tickets seem to be flying out the door so people are definitely keen to get out and see some live music which is even better.”

“I thought people might have been a bit wary of getting out and about but I think people are just so jack of being indoors, that an outdoor music festival is just what the doctor ordered.

If you caught Grinspoon on their massive Chemical Hearts tour last year, which stopped by the Newcastle Entertainment Centre, you’d know that this is a band that, despite being on stage for a quarter of a century, displayed the same vitality and exuberance as they did at the 2000 Big Day Out.

It is this, coupled with their kit-bag of hits, such as Sickfest, Just Ace, Rock Show, More Than You Are and Chemical Heart that makes a Newy festival appearance from Grinspoon such an exciting proposition.

So, what is it about Grinspoon that has kept Pat and fellow Grinners Phil Jamieson, Joe Hansen, and Kristian Hopes coming back?

“Well, we’re nothing if not persistent,” Pat laughed. “No one wants to give it up because we enjoy it too much

“After all these years we’ve become more like a club than a band. You can imagine all the in-jokes and all the things that go along with 25 years on the road with the same bunch of guys, and that includes the crew in a lot of ways. Most of our crew have stuck with us all of that time, or at least since 2000.

“I suppose you could say we’re evergreen.”

Catch Grinspoon at Scene & Heard which kicks off at Wickham Park on Sunday 21 February 2021, Get your tickets here.