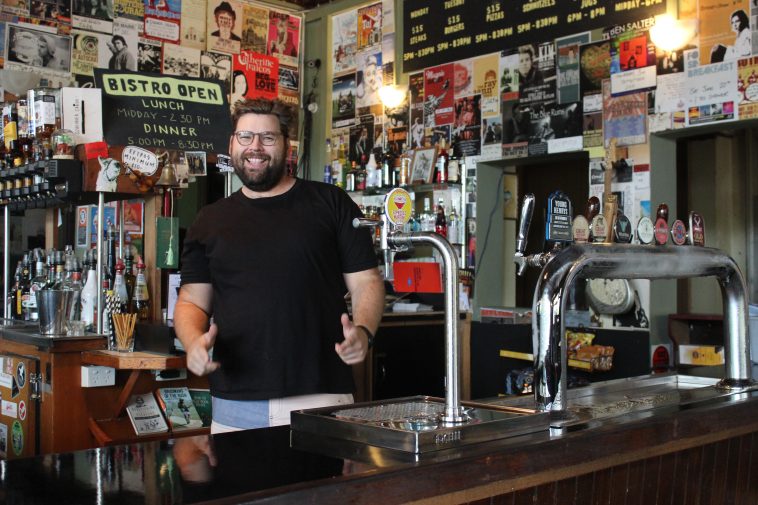 Maitland’s home of original live music, The Grand Junction Hotel, may be in the process of changing hands with long serving licensee Peter Roose bowing out after a whopping 30 years, but future looks extremely bright for the iconic gig hole.

To celebrate 30 years of Roose family service, the pub will be hosting a celebration, this Sunday, that is sure to live long in the memory.

“It’s going to be a big celebration of the current and soon-to-be previous licensee Peter Roose,” marketing manager Zack Hearn said of the Sunday celebration.

“We know he’s definitely the longest serving licensee in Maitland and I think he would be up there throughout NSW as well so, we want to pay homage to Peter and his family who have all done such a fantastic job with the place.”

The bar top at the Junkyard could probably write a book filled with tall tales and true about the legendary venue and in honour of that fact, the original bar top will be chopped up with just five pieces raffled off on the day.

The day will also offer punters the chance to win free pizza for a year, schooner cards and bistro vouchers with the proceeds from all raffles going to Parkinson’s Australia.

Speaking of schooners, the Junkyard will also be winding back the clock to the simpler (and cheaper) time of 1989, offering $2 schooners from 3pm-4pm.

Given that this is a renowned music venue it seems fitting that a renowned act would play this auspicious occasion and legendary country artist Bill Chambers, father of Kasey Chambers, will be regaling the assembled with his retinue of beautiful tunes.

Zack added that he and the new management team recognised the Junkyard’s place in the cultural landscape of the Hunter Region and were keen to keep a similar vibe going into the future.

“We were really attracted to its history and its place in the live music space of not only Maitland, but the whole Hunter Region,” he said.

“It’s iconic – it’s such a fixture and when we inherited it the main thing we were hearing was that it was “Maitland’s Pub” or “the people’s pub” and we don’t want to move away from that too far.”

Get along to The Grand Junction Hotel on Sunday 7 April from midday with raffles starting at 3pm. Given the venue’s proximity to Maitland train station, there’s no excuse for Newie punters not to drink in the cultural experience that is The Junkyard.