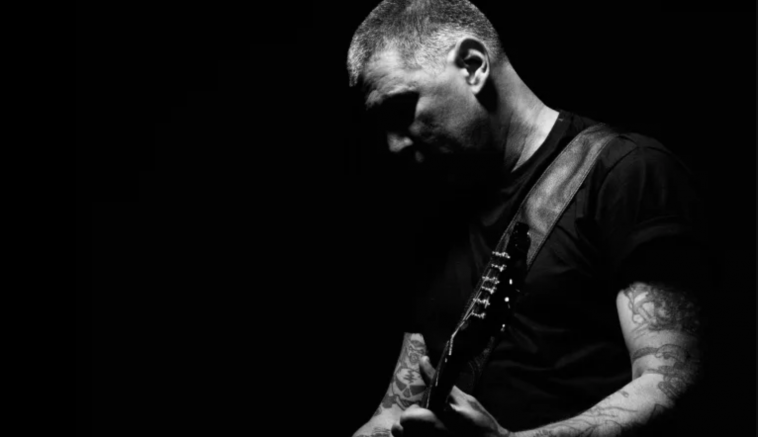 Forty-three years on from their blistering debut album, Ramone remains one of the most iconic surnames in music.

A misfit band of brothers that changed the landscape of rock ‘n’ roll in the mid-to-late seventies, riding the wave of blistering punk music that took over the world.

CJ Ramone is one of only eight people to adopt the infamous last name. Joining the band in 1989 after the departure of Dee Dee Ramone, CJ toured around the globe, released three albums with the band, and delivered one of the most iconic cameo lines in the history of The Simpsons.

CJ was part of the band right up until their final performance in 1996; which was captured on their live album We’re Outta Here!

As CJ is about to kick off an impressive 15-date tour around the country (and celebrate thirty years since joining Ramones), he has also announced that this will be his final Australian tour – with plans to stop touring in 2020.

“I said around five years back that 2020 was going to be my last year of touring…and I guess nobody really believed me,” CJ laughed.

“It’s not for any serious reason, it’s just that I have other stuff that I want to do.

“After Australia, we pretty much don’t have any touring for the rest of the year. Then next year, we will probably do South America and Japan, but that will be it. I’m still going to put records out – I’m just not going to be in a van and tour for months at a time.”

CJ Ramone has been performing under his own name since 2012; releasing his fourth studio album The Holy Spell earlier in the year. CJ is one of four Ramones still alive today; a legacy that he takes extremely seriously.

“People say a lot of things, but I don’t think anyone could argue that I haven’t treated the Ramones legacy with a lot of respect and love” CJ explained. “Long before I was ever in the band I was a huge fan, so I really took it seriously.

“I didn’t put out a CJ Ramone album out until 2012. The band retired in 1996, and I didn’t do anything as CJ Ramone until 2012. That’s because I felt nothing I did before my debut album Reconquista measured up to the Ramones.”

CJ’s latest, The Holy Spell, was released back in May through infamous punk label Fat Wreck Chords. Across his solo discography, it’s easy to see that CJ has a range of influences that expand outside of his former band.

Where it would have been easy to write and sell a fresh batch of Ramones songs, CJ’s music retains the high-energy and spirit without coming off as a carbon copy.

“Ramones were an influence on me,” CJ said. “Any part of them that you hear in my songs is just a natural thing from being a fan for so many years, and playing with them for seven years.

“I know a lot of people haven’t heard all my solo records, but I think if you listened to my newest one and went backwards to my first one; you would find that each album would stand on its own. They’re really good records! [laughs] I know that sounds really conceited, but I’m just really proud of them.”

CJ Ramone will be stopping off in Newcastle on his final Australian Tour; playing at The Small Ballroom on Friday 20 September (supported by local punk band Trashed Again).

CJ Ramone’s songs are “a 50/50 mix, or 60/40 mix” of songs from his solo records and classic Ramones songs. So, expect to hear the likes of Blitzkrieg Bop and Teenage Lobotomy.

Hearing a living Ramone playing these songs live is an experience for young and old; those who saw the band live on their multiple Australian tours (the band played Big Day out in 1994), and those who were not even alive at the same time Ramones were active (Yes, that’s right. These people are adults now).

“Sometimes someone will come up to me and say ‘Oh, I wasn’t old enough to see the Ramones’ and I’m looking at them like ‘Oh wow, I am that old,” CJ laughed.

“We are a couple of generations past the final Ramones show in 1996. It’s funny, it just shows you how classic the Ramones music really is – people still love them to this day.”

Catch CJ Ramone at the Small Ballroom on Friday 20 September. Get your tickets here.

Spencer is a singer/songwriter from Newcastle. He's also a Triple J Unearthed Super User and writes for many national publications.