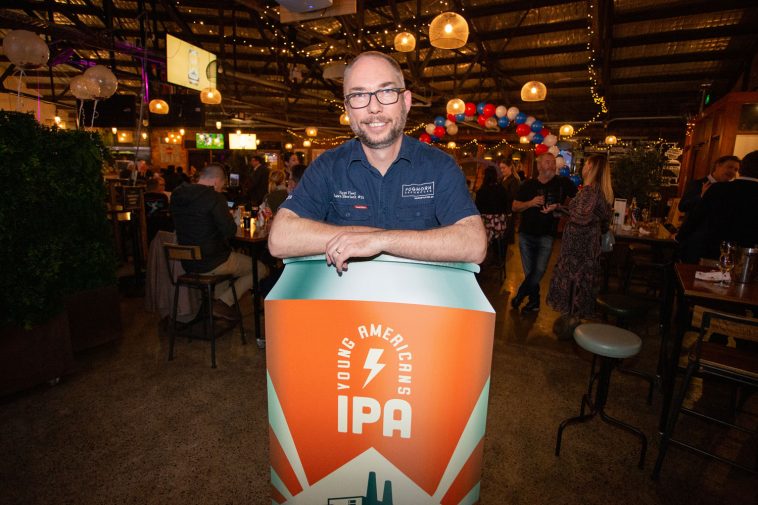 Over the past four years, FogHorn Brewhouse had, quite rightly, gained a reputation for producing some of the best beers this region had to offer.

After announcing that the site was up for sale late last year, the venue, now renamed FogHorn Brewery is going from strength to strength.

Owner Shawn Sherlock who established the business back in 2015 told Newcastle Live that, with new investors on board, FogHorn is set to go to the next level.

“As Newcastle knows, we went through a sale process not so long ago and myself and my original business partner went our separate ways and I was able to stay in and partner with new investors,” he said.

Shawn added that a re-launch event, held last week was an opportunity to usher in the new phase of FogHorn.

“The event last week was an opportunity to say to Newcastle we are through that process now and we are moving on to bigger and better things.,” he said.

“The venue itself has been going really well – it was going well before the sale and after the sale and we are keen to keep that going.”

Shawn said that a major focus of the renamed FogHorn Brewery was to expand their beer offerings outside of the venue.

“On the brewing side of things, we’re really wanting to let the public know that we are looking to take our brand and our beer to the next level,” he said.

“We are still really focussed on this venue as it is the heart of what we do but there has been quite a bit of demand for our beer outside the venue, so we are going to start getting our beers out there on tap around town.”

Even better, Shawn said that FogHorn will be making the leap into the increasingly popular world of “tinnies.”

“The increase in popularity of cans and the improvements in the quality of the cans themselves has really convinced us to have a go at that market, which is really exciting for us,” Shawn said.

He added that the first cab off the rank will be FogHorn’s most popular takeaway brew the Young Americans IPA and there are also plans in the near future to can the Newy Pale Ale, Summer Ale and Sligo Extra Stout.

If that wasn’t enough the venue has also revamped its food offerings, undertaking the most significant menu change in its four-year history.

“We’ve kept a lot of the favourite things from the existing menu but we’ve added quite a bit more in our first significant menu change,” he said.

While FogHorn classics like the buffalo wings, burgers and pizzas remain, Shawn said that the menu has been bolstered with a range of new flavours.