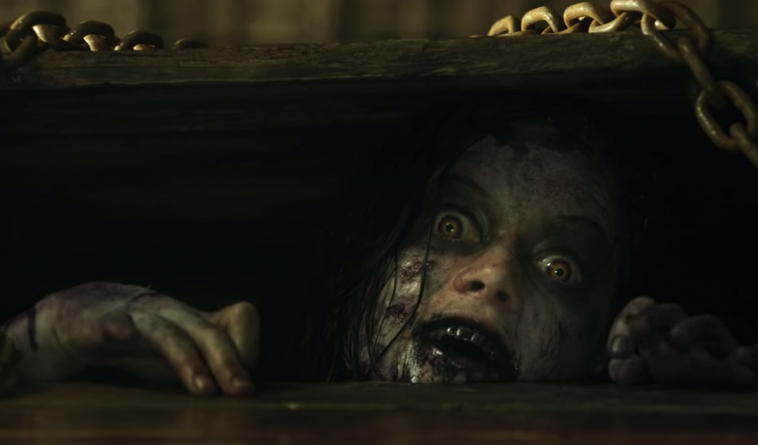 Like Haloween, Friday the 13th is the perfect time to indulge your darker side and curl up on the couch with some great horror flicks. Slashers, creature features, monster flicks and spooky ghost tales are the order of this traditionally creepy day.

So in that spirit, here are some great horror flicks you can access via…ahem screaming services, that will have you hiding your eyes behind a cushion haster than you can say: “Here’s Johnny!”

Not for the faint of heart, this recent Netflix release is a psychological horror that could have the squeamish reaching for the barf bag.

It tells the story of a former musical prodigy who seeks out the current darling of her former school. But this is no happy pairing with the encounter sending the pair on a shocking and disturbing path.

Tense and filled with plenty of twists and turns.

When troubled musical prodigy Charlotte (Allison Williams) seeks out Elizabeth (Logan Browning), the new star pupil of her former school, the encounter sends both musicians down a sinister path with shocking consequences.

This 2014 film from eclectic duo The Duplass brothers is a worthy addition to the found footage genre.

It tells the story of a burgeoning videographer who answers a Craigslist ad to film the last messages of Josef, a dying man.

Seems innocuous enough, but we quickly realise that Josef is up to much more than he let on in the ad – hence the film’s title.

Mark Duplass is truly unsellting as the creepy yet strangely goofy Josef.

Forget the lukewarm 2018 remake of this classic from Italian master of horror Dario Argento – just go straight to the source.

Arguably one of the most arresting hallucinatory horror flicks in history, Suspira is still as unsettling now as it was back in 1977.

It follows a young American ballet student who arrives at a renowned European dance academy only to be confronted with a series of bizarre deaths.

A great soundtrack, overtones of witches and Argento at his finest. This is a must-watch.

Widely considered to be the most shocking and hallucinatory horror movie in history. A young American ballet student who arrives at a prestigious European dance academy is confronted by a series of bizarre and horrific deaths.

While good remakes are very few and far between, especially when it comes to horror, this 2013 reboot of the genre-defining Sam Raimi classic is one of the few exceptions to the rule.

The original film kicked off 1000 horror tropes and follows a group of twentysomethings who are holed up in a remote cabin in the middle of nowhere.

They discover what turns out to be a Book of the Dead and unwittingly use it to summon dormant demons who set about possessing our young heroes.

While the reboot pales in comparison to the original (there’s no Bruce Campbell so, enough said), thi one is enjoyable nonetheless.

It seems that zombie flicks are a dime a dozen these days and are also becoming increasingly repetitive.

Thankfully, this 2009 zom-com starring Woody Harrelson, Jesse Eisenberg and Emma Stone exists as it injects new life, and lashings of fun into the weary genre.

Harrelson is brilliant as the gun-toting Tallahassee and any flick where Bill Murray plays himself is alright in our books.