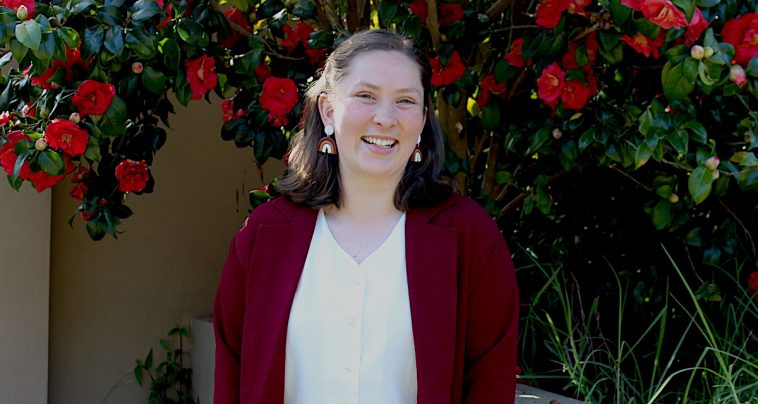 Gemma Crawford is using her business, Fox & Fawn to raise awareness about the scourge of child trafficking and exploitation. Picture: Stephen Bisset.

It is a terrible, and tragically overlooked fact that there are currently millions of children throughout the world who are victims of child exploitation.

Well, one local business is doing its best to raise awareness of this fact by collaborating with an international group aimed at rescuing children from such a fate.

The recently established (three weeks ago, in fact,) locally-based online handcrafted jewellery business Fox & Fawn have partnered with Destiny Rescue in an effort to raise awareness of child exploitation and trafficking.

To that end, owner Gemma Crawford said that for the entire life of the business, 10 per cent of all sales will go to the not-for-profit organisation.

Gemma told Newcastle Live that her drive to support Destiny Rescue came about after she herself was nearly snatched off the street during a visit to Indonesia as a teenager.

“When I was in year 9 or 10, they [Destiny Rescue] came to my school and they showed videos and talked about what they did,” Gemma explained.

“And then, in year 11, I went to Indonesia on a mission trip and while I was there I was almost abducted.

“I was in a really narrow shop in Bali with a friend and as soon as I stepped in a man grabbed me by the shoulders and started taking me to the back. I remember seeing this girl who looked unconscious under a table. I saw a door at the back. I saw that I was heading for it but to this day I can’t remember what happened next.

“I found myself back on the street with my friend just crying. My mum was a teacher on that trip – I ran straight to her.”

While Gemma said she cannot remember how she escaped this potentially tragic situation, she added that she does remember thinking about those visits by Destiny Rescue to her school a couple of years prior throughout her ordeal.

“All I could think about during that time was all those videos that I had seen and thinking ‘this is really real,'” Gemma said.

After working as a nanny for the past six years, Gemma said that she was eager for a career change and, after wowing family and friends with her funky polymer clay earring designs, decided to dip her toe into the business world with Fox & Fawn.

“I don’t know how I chose polymer clay and earrings but I found them somehow and it’s really fun,” Gemma said. “I started gifting them to friends and family and eventually decided ‘you know what? Let’s see if this can be a business.'”

Despite having a ridiculous run of bad luck over the last 12 months that has included her and now husband Jesse’s wedding venue (Gemma’s aunt and uncle’s farm) being razed by bushfire, breaking her foot playing soccer, her car being written off after an accident and now coronavirus forcing her and Jesse to live 3.5 hours apart due do Jesse, a mechanical engineer, having to take work in a mine after COVID forced his employer to initiate wage cutbacks and leave without pay, Gemma is pushing on with Fox & Fawn regardless.

“He’s currently working in Mudgee and we don’t know when he’ll be back,” Gemma said.

“It’s really tough especially when you’re newly married. It’s frustrating and upsetting but I’m just trying to channel everything into this business and If I can help others, it makes me feel better.”

Head here for more information on Fox & Fawn and here for the work being done by Destiny Rescue.