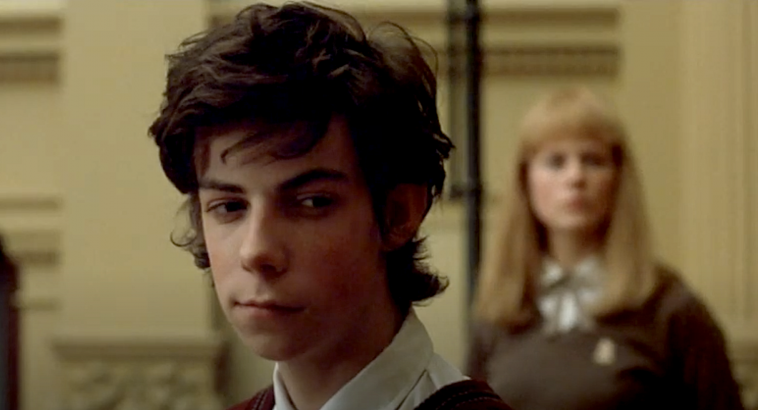 With more than 500 hours worth of video being uploaded to YouTube EVERY MINUTE, it can be hard to separate the wheat from the chaff, so to speak.

On a recent deep dive into this Mariana Trench depth of content, we were stoked to discover a slew of Aussie flicks from days gone by just sitting there. Waiting to be watched. For free.

With the next few days looking like the perfect time to rug up under a blanket, here are just a few forgotten Australian flicks to get you through the weekend.

While many would have you believe that BMX Bandits was Nicole Kidman’s first foray into film, it was actually this remake of the classic 1947 Chips Rafferty flick (although both were released in 1983).

Bush Christmas is a family-friendly adventure that tells the story of a family of battlers in the outback that is struggling to keep its farm out of the hands of the bank.

Their last ray of hope is their horse, Prince, who is tasked with winning the pot in the big New Year’s Race. But Prince is stolen and the Thompson kids go out into the bush on a quest to find their beloved horse.

Bush Christmas is a simplistic-yet-fun flick made in a ‘simpler’ time when Nicole Kidman still had freckles. Iconic ‘Australiana’ band The Bushwhackers also make an appearance.

Being of an age where I can remember seeing this controversial documentary screen for the first time, it’s hard to believe that it was made 20 years ago.

Taking a similar approach to subsequent fly-on-wall docs like the Struggle Street series, director Dennis O’Rourke focuses his attention on Cunnamulla- a town 800 kilometres west of Brisbane that sits smack bang at the end of the railway line.

This ‘end of the line’ metaphor looms large in the narrative as Dennis gets to know the disaffected denizens of this ‘forgotten’ town.

Cunnamulla is a stark, sometimes brutal statement on isolation in rural and regional Australia.

This 1991 sequel to the brilliant The Year My Voice Broke also features the burgeoning talents of Nicole Kidman, Naomi Watts and the fantastic Noah Taylor, reprising his debut role as the socially awkward Danny.

Set in the 1960s, Flirting sees Danny being shipped off to a strict boarding school before discovering a budding romance with Thandiwe (Thandie Newton), a Ugandan-Kenyan-British girl who attends the girl’s boarding school across the lake.

As their romance blossoms, they are forced to confront the stifling and overbearing 1960s mores, especially racial politics and social conventions.

While essentially a coming-of-age story there is much more going on under the surface of this well-written script that is brilliantly realised by the cast – especially Taylor and Newton.

In this writer’s humble opinion, Ben Mendelsohn is one of the finest acting exports this country has ever produced, and this early outing is a prime example.

Here he plays Danny – a suburban teenager who only wants two things out of life – the beautiful Joanna Johnson (Claudia Karvan) and a Jaguar. Managing to snag a date with the elusive Joanna, he falsely claims he owns said Jag in a big to impress her instead of his humble Nissan Cedric.

Desperation leads Danny into the nefarious clutches of Gordon Farkas (Steve Bisley) – the dodgiest used car salesman ever who accepts the Cedric on trade-in for said Jag but…is it all it’s cracked up to be?