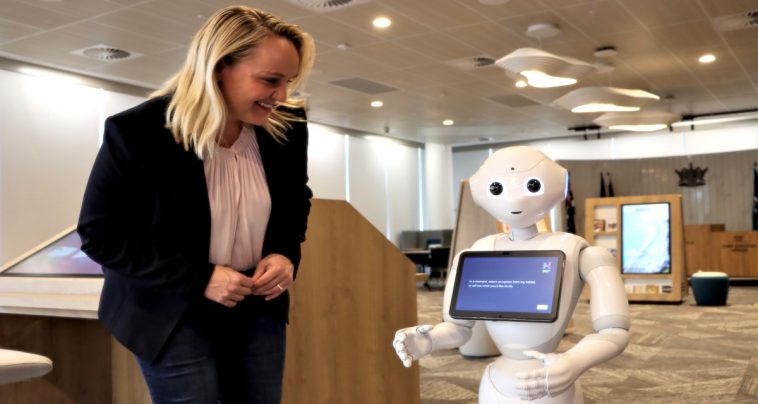 A literal treasure trove of knowledge is now at the fingertips of every Novocastrian with the opening of the most digitally advanced library in the State this week.

The Digital Library, taking pride of place on the ground floor of Council’s new Administration Centre in Newcastle West, opened its doors on Monday, offering a range of state-of-the-art tech including a podcasting studio, an interactive digital wall that tells stories of Newcastle suburbs as well as various live streams and other learning materials.

The technological whizbangery doesn’t end there, either, with the library also featuring an industrial 3D printer, a programable robot named Pepper and the pièce de résistance – the second digital media Magic Box anywhere in the world.

The Magic Box provides a hands-free way of reading more than 400,000 tomes in the City’s Heritage Collections including around 1500 rare books.

Unlike traditional libraries that usually offer up a single copy of every book, the Digital Library will stock up to 10 copies of the latest and most popular books, CDs and DVDs while older books can be ordered and delivered to the Digital Library for pickup.

The borrowing and returning process has also been fully automated and large touch screens will display digitised copies of more than 6000 newspapers and magazines from 123 countries around the globe.

If that wasn’t enough, tablets and personal computers and Wi-Fi will also be available free of charge and the entire Newcastle Libraries’ collection is available for download to yo5ur personal device

The library space, which shares the ground floor with a new Customer Service Centre, can also be quickly converted to a Council Chamber for twice-monthly meetings.

“Whether you need to enquire about a DA, speak with a member of the Customer Service team or access the hundreds of thousands of items in the City’s e-Library catalogue, the City Administration Centre offers a seamless experience for you to get the most out of your visit,” Lord Mayor Nuatali Nelmes said.

The Digital Library is located in the new Council Administration Building at 12 Stewart Avenue, Newcastle West.