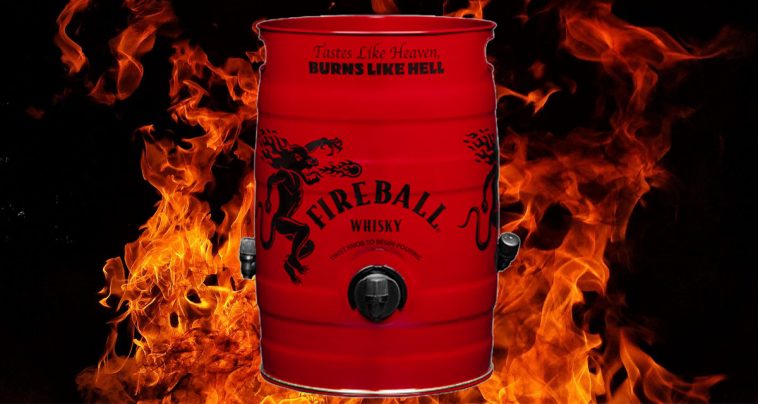 The makers of Fireball, that spicy cinnamon whisky that seems to come out at parties when you least expect it, have dropped something pretty special here.

The extremely limited edition 5.25 leter keg is available exclusively from the online bottle shop, BoozeBud and can be ordered right now from their web store.

And when we say limited, we really mean it.

Only 1000 FireKegs were made available when the store went live yesterday and given the iconic nature of the devilish drop, these things won’t last long!

For the uninitiated, Fireball Cinnamon Whisky is a 33% ABV blend of Canadian whisky, sweeteners and spicy cinnamon. It was launched in Canada in the mid-1980s during one of the coldest winters ever reported and has gone on to become legend around the world.

You can order your FireKeg on the BoozeBud website right now, and they’ll start shipping them out from Monday the 17th of January.