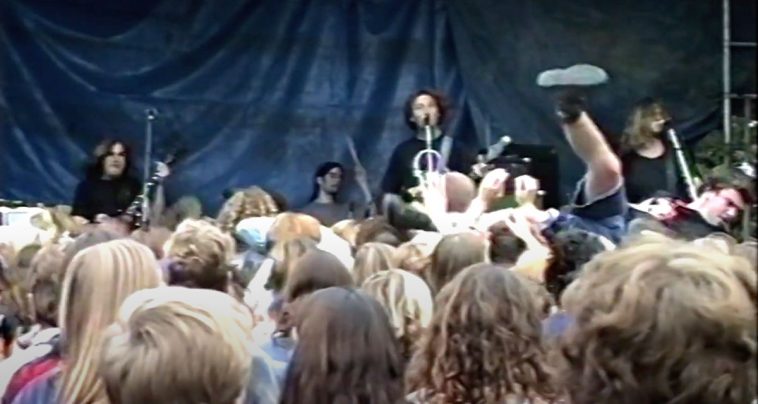 Local band FACEplant have fired up the time machine and taken us back to the Newcastle music scene of the ’90s.

The band have uploaded a video of their performance at Hempfest which was held in King Edward Park on the 30th of August 1995.

It’s a blistering set from FACEplant that features a performance of their breakthrough single, Rose Coloured Glasses and captures a slice of local music history complete with long hair, crowd surfing and plenty of young faces.

The event, which was attended by around 2000 people was held in an effort to lobby the government for Cannabis reform.

Other acts on the bill included The Wash, Trout Fishing In Quebec and Nitocris.

You can check out the video below.