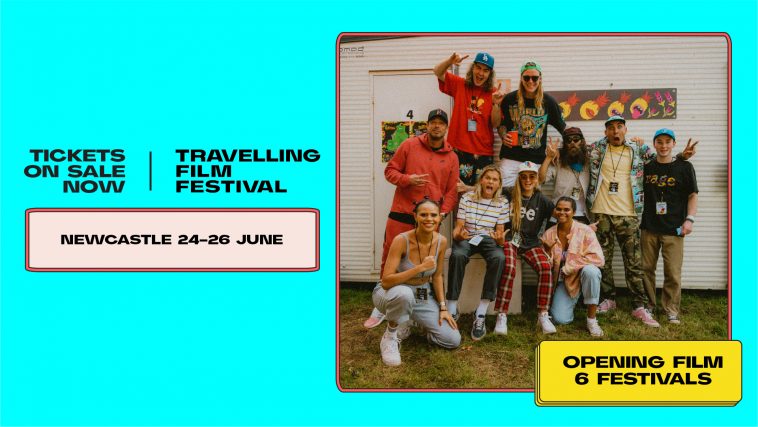 The Travelling Film Festival returns to Newcastle Event Cinemas Kotara from 24-26 June, brings you a brand-new program fresh out of the 2022 Sydney Film Festival, carefully crafted for everyone to enjoy

Opening the festival is Australian director Macario De Souza’s 6 FESTIVALS, an emotional tale of friendship between three teenagers who throw themselves into a whirlwind of music festivals in an attempt to escape reality. Shot at actual festivals and featuring various iconic artists, including Dune Rats, G Flip, Bliss n Eso, B Wise, Peking Duk, Ruby Fields, Jerome Farah, Kobie Dee and more; 6 FESTIVALS is a moving love letter to young friendship and the life-altering power of live music.

Also in the program are THE HUMANS, a subtle psychological thriller with striking cinematography, by writer-director Stephen Karam adapted from his Tony Award-winning play; EVERYBODY’S OMA, directed by Australian filmmaker Jason van Genderen, follows his NSW Central Coast family as they manage the health of their family’s matriarch but accidentally turn her into an online celebrity; MY OLD SCHOOL, directed by Jono McLeod, is a hybrid documentary with actor Alan Cumming’s voice over (THE GOOD WIFE) and animation to recreate a mind-blowing stranger-than-fiction story from 90s Glasgow.

Check out the full program now at https://www.sff.org.au/tff/program/newcastle