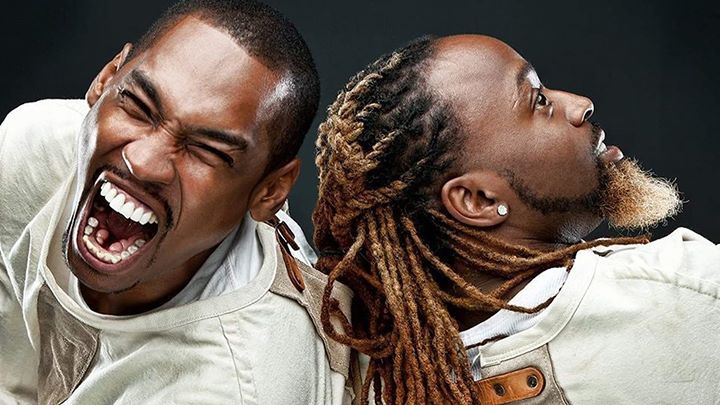 To the window… to the wall 🙌

The Ying Yang Twins lit clubs up with their global smash “Get Low (From the window to the wall)” shortly after they discovered the previously little known LIL JON and have been unstoppable ever since, with anthems such as “Salt Shaker”, “Badd” and the latin-tinged international hit “Shake” featuring Pitbull.

They have also pushed the envelope with the much hyped “Wait (The Whisper Song)” and hard-edged hood classic “What’s Happenin” featuring Trick Daddy. They also found crossover success with their massive single “Dangerous” featuring Wyclef Jean.

Whatever the reason behind their six-album career of megahits and platinum plaques, Ying Yang Twins have defined the sound of club music in hip hop for more than a decade. Made up of Kaine (Eric Jackson) and D-Roc (DeAngelo Holmes), these brothers from other mothers know how to get any party started right.

Ying Yang Twins will be performing LIVE for the first time ever in Newcastle – Thursday 26 September at Warners Bay Hotel.

Get ready to shake that ass and get CRUNK!

IMPORTANT TICKETING INFORMATION
🔥 Grab your tickets from: events.ticketbooth.com.au/event/yingyangwbh
🔥 18+ only
🔥 Preshow from 8:30pm
🔥 Please PRINT your tickets
🔥 Venue reserves all rights
🔥 Normal dress code applies
🔥 All sales are final with no refunds