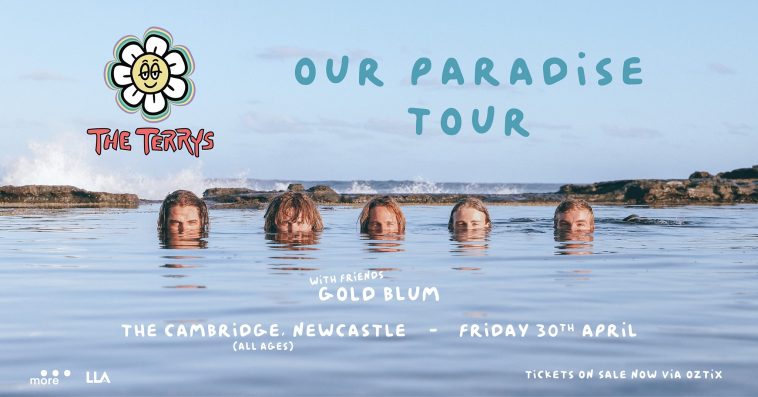 The Terrys – Our Paradise, Newcastle (all ages)

The Terrys released their debut single ‘Video Games’ in June 2020 and are quickly becoming the most anticipated band from the South Coast. Wasting no time releasing more music, ‘Penny’, ‘Wise Man (acoustic)’ and ‘Aqua Plane ft. Scraps’ followed within months as the merch and tickets began to sell out. The Terrys continued to concur 2020, with their final release, ‘Pesos’, which landed the band a spot in the Top 20 Australian Songs of the Year by the AU Review.

2021 has seen The Terrys named triple j Unearthed Feature Artist + sell out shows in Sydney, Brisbane & Melbourne. Don’t sleep on this, they’ll have you frothin harder than a dropped tinnie.