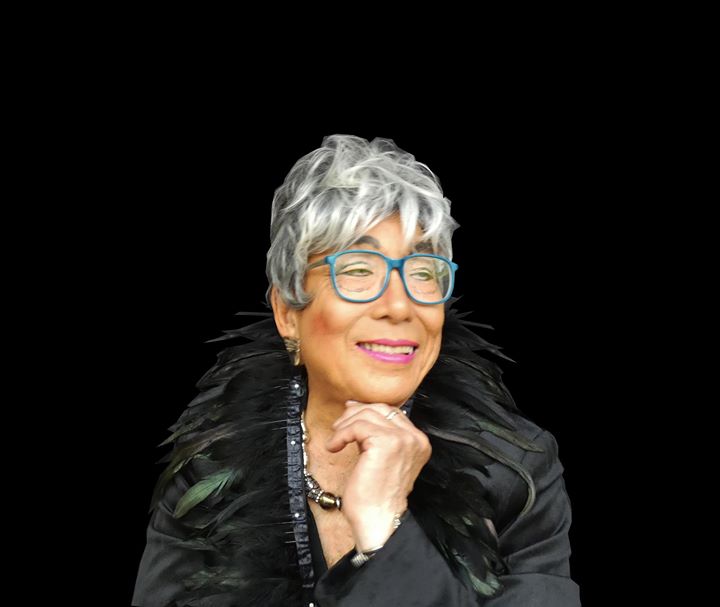 For the closing weekend of the exhibition BETWEEN TWO WORLDS, artist Greg Leong reprises his role as the unsinkable Princess “Maria” Feng Yee. A wildly eclectic and convivial mix of Mandarin songs performed in English, as well as Beatles and ABBA classics. This show is not to be missed!
—
Saturday 15 February, 6.00PM – 8.30PM
$35, bookings online includes canapes. Drinks available for purchase at the bar.
—-
ABOUT THE SHOW

Greg Leong reprises his role as the unsinkable Princess “Maria” Feng Yee, an illegitimate great-great-granddaughter of the Last Emperor of China. Arriving in Sydney in 1981, Princess Feng Yee auditioned for Opera Australia. However, her deep bass disqualified her for high soprano parts such as Mozart’s Queen of the Night.
To give meaning to her life she promptly attaches herself to an elderly social climbing Sydney Chinese restaurateur.

After his death, Feng Yee was free to expend her wealth in helping others like herself to become real Australians. She invented KiE (Karaoke in Education) introducing Australian culture to other Chinese migrants to this country, just like herself.

Fifteen years later, in The Princess Returns, Feng Yee is an older and wiser person. Abandoning her middle-aged fantasies of a meaningful life doing good – she now is an expert of being good at doing nothing meaningful.

She has moved on and embraced contemporary repertoire such as the Beatles and ABBA while reviving traditional popular Chinese and Australian song and reminding us all that a successful stir fry depends on the bold combination of unlikely ingredients!

Greg Leong is a Chinese Australian textile artist and curator. Widely exhibited since 1988 – Leong is qualified in English literature drama, visual arts and arts management. Leong works with digital imaging, textiles and installation, often using costume as a signifier for race, sexuality and cultural identity. His work is held in the collections of national and state galleries across Australia.