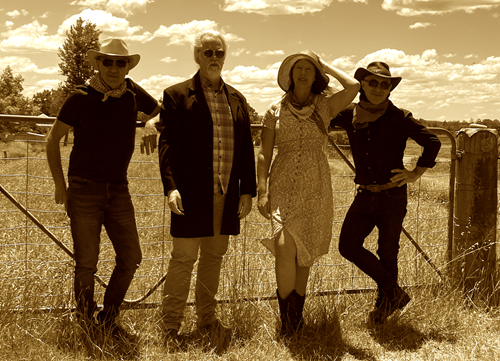 Hold on to your seats folks – it’s going to be a wild ride! This is the story of an almost famous band whose manager offers them a breakthrough gig in Nashville. All they have to do is get on a private plane, taking off from a deserted airstrip at night, and fly to Tennessee…. What follows is an epic journey of survival, loss and transformation. Nashville is an amazing performance that fuses storytelling with original music. It’s a rock odyssey inspired by Middle Eastern riffs, swampy Delta blues, trance and the kind of smoky, guitar-fuelled journeys of the Deep South.

The Majishans are a group of artists and musicians based in Newcastle and Maitland who combine spoken word and original music to create rock poetry. Come to Newcastle Fringe Festival 2022 to see their performances , which have variously been described as lyrical, intense, smart, strange and transcendent. Featuring artists Antony Romero aka Da Groovemeister, Helen Hopcroft – artist, writer and producer based in Maitland, Tony Jozef – a dedicated multi-instrumentalist and James Carter – soundscape engineer.