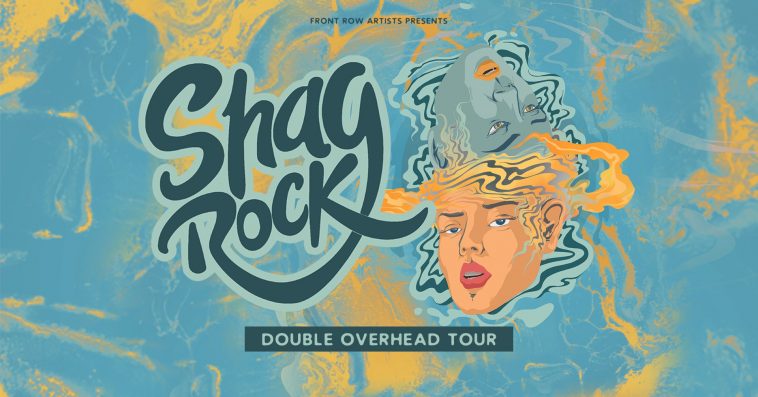 Supported by Rum Jungle and Loons

For many 2020 was a different kind of blur and for Brisbane’s Shag Rock it was no exception. They achieved over 40 million streams across their catalogue and managed to sell out four Triffids and The Tivoli in what have been some of the only live shows anywhere in the world in the last two years. Grateful to find studio time between lockdowns to record a whole double album, today the band share news of its release and the punchy opening track ‘Blur’ alongside the announcement of their first national tour since 2019.

‘Blur’ delivers guitar-driven hooks and fresh indie rock goodness while also recalling a familiar Circa Waves and Strokes essence. Distorted guitars meet soaring pop melodies and an anthemic sun-drenched chorus. This feel-good song is the perfect opener to the 18 track Double Overhead album that sees a new era for the band. Written about the fleeting period of passion after just meeting someone ‘Blur’ is inspired by the feeling of “trying to get over someone new and watching those memories blur, with everything new spinning fast” says vocalist and guitarist Jacob Reed.

Recently welcoming Brisbane via Townsville’s Tayla Young to the band, Shag Rock have completed their most ambitious project to date, Double Overhead. With around 50 songs written in its initial draft from as far back as 2015, the album is a collection of moments and timepieces in the band’s life. Double Overhead is a life journey exploring the rollercoaster of heartbreaks, little heart shakes, bliss and miss, with everything in between. Jacob Reed explains that the album “explores mental health, which hopefully encourages people to be in touch with their feelings, chat to their mates and normalise being emotionally vulnerable – it’s ok to feel.” Working with long-time friend and producer Ian Haug (Powderfinger, The Church) and signed to his label Airlock Records, their recent single ‘April Nights’ landed on Spotify playlists ‘New Music Friday’ and ‘Rock Out’ as well as Apple Music’s ‘New Music Daily.’

Since the release of their debut album Barefoot in 2017, Shag Rock have toured the US and have multiple sold-out shows under their belt as well as supporting powerhouses Ocean Alley, Lime Cordiale and The Rubens. Today, Shag Rock are announcing a mega national tour in support of the album. If their previous sold out Australia and New Zealand tours are any indication, these tickets are going to be snapped up in a ‘Blur’.