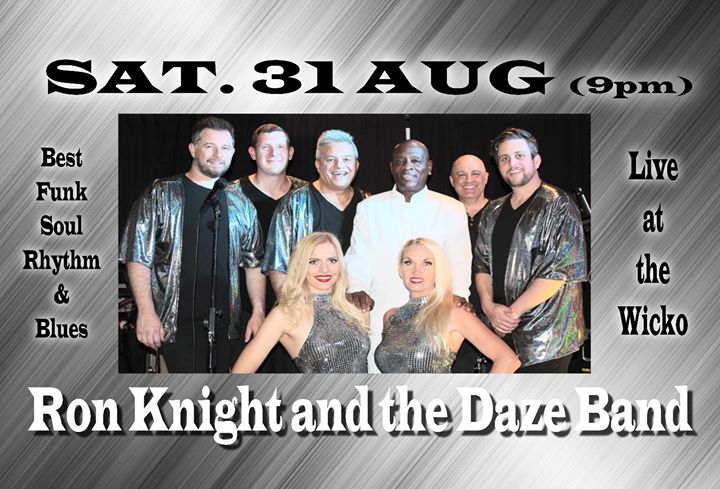 Ron Knight and the Daze Band Live at the Wicko

Ron Knight and the Daze Band is an explosion of musical genius – headed up by the one and only Ron Knight –
the Sir of Soul & Rock’n’Roll –
Ron became part of Australia’s heartbeat from his wins on Star Search Australia on the Channel 9 Television Network
and since then Ron has worked internationally in Major Casino & Hotels around the world and has now returned from Las Vegas to Australia to work with his band in which he was always able to show his immense vocal ability with.