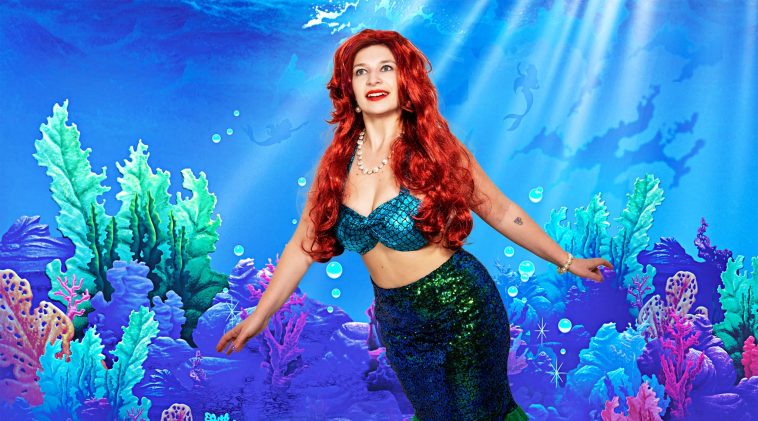 Join Robyn Reynolds (UK) for hilarious “fish out of water” debut show! Much like Ariel, Robyn has a fantastic set of norks and her bottom is covered in scales. Expect a rough and ready hour of comedy, filled with relatable moments and Bridget Jones level of personal embarrassment.

NOMINATED: Best Comedy at Sydney Fringe 2019. “Clearly talented in the structure and timing of comedy, it’s not hard to see why she’s a fast-rising comic in the Sydney scene.” – Theatre Travels

Handpicked for the Emerging Artist Sharehouse at Sydney Fringe Festival, her split-bill debut show, Relatable Material, was then shortlisted for Best Comedy. Relatable Material was a Festival debut for both Robyn Reynolds and Chris Nguyen.

A passionate writer and storyteller, Robyn has performed at storytelling events around NSW. Robyn is a regular MC for the award-winning night Generation Women Storytelling at The Beresford.

Robyn was the Performance Maker in Residence for Comedy at the Old 505 Theatre with her writing partner Madeleine Stewart. Together, they wrote, produced and starred in three hilarious sketches, watch here.

Originally a French translator and interpreter, Robyn speaks fluent French and lived in France before moving to Sydney. Robyn is a talented actor completing LAMDA courses in singing, speech and drama.