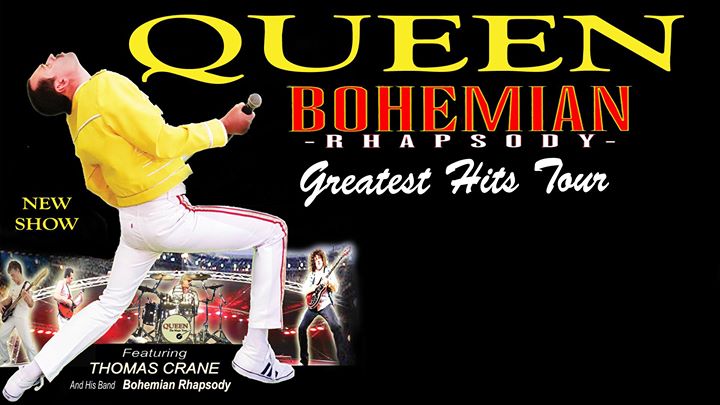 QUEEN is amongst the greatest rock bands of the twentieth century and Freddie Mercury is hailed by many as the most charismatic and flamboyant performer in contemporary rock.

Queen – Bohemian Rhapsody, seen as the best Queen show in Australia if not The World, is bringing to Australia their new show, THE GREATEST HITS TOUR. They are performing at The Art House Wyong on Saturday 12 October, 8.00pm show.

This show features Thomas Crane who is arguably the best Freddie Mercury in Australia in looks and sound and hailed by many critics as being as good vocally as Freddie, 87

Thomas with his hot band Bohemian Rhapsody bring back to life the visual excitement, sound and stage energy as witnessed at a Queen concert.

Queen, Bohemian Rhapsody will perform all the great hits like We Will Rock You, Crazy Little Thing Called Love, We Are The Champions, Radio Ga Ga, A Kind of Magic, I Want To Break Free, Another One Bites the Dust, Bohemian Rhapsody. This Queen show is playing at the The Art House Wyong on Saturday 12 October, 8.00pm show.