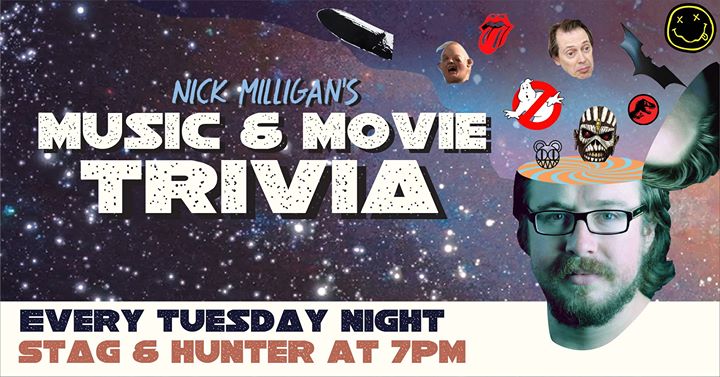 Entertainment journalist, author and all-round culture geek Nick Milligan is back with his weekly Music and Movie trivia, which also covers a little TV and pop culture.

The trivia features a six-month competition in the first half of 2019 called The Genius League, where a team will win a coveted trophy. The second half of the year features The Guru League. Winning teams receive 3 points, runner-up gets 2 points and third gets one point.

MAXIMUM TEAM SIZE IS 8 PEOPLE and after each of the four rounds, a game of heads or tails will determine who wins a free round of booze! There’s also a $40 bistro up for grabs along with a weekly jumbo fruit and veg tray.

At the end of each month is a $200 jackpot giveaway – you get an entry in the jackpot for each week you turn up.

Entry is a gold coin donation, with proceeds going entirely to a monthly charity.

Bookings are essential, as the room fills very quickly. Phone 4968 1205 to take part in the city’s premier trivia night.