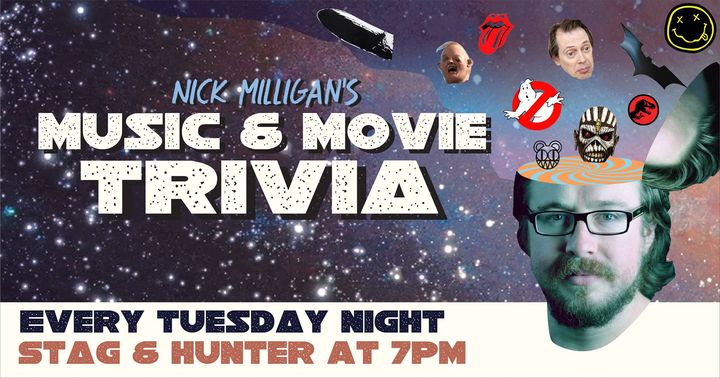 Published author, film critic and music journalist Nick Milligan returns with his weekly quiz, Music and Movie Trivia. After its famed run at the Cambridge Hotel came to an end in 2014, whispers and demand for a resurrection have never ceased. Now M&MT is back in all its understated glory. Milligan’s questions delve into the weirdest corners of music, film, TV and popular culture – you’ll laugh, you’ll cry, you’ll laugh some more – you might even learn a thing or two. “The Genius League” returns, a six-month ladder competition where winning teams earn points and vie for the ultimate bragging right – a trivia trophy.