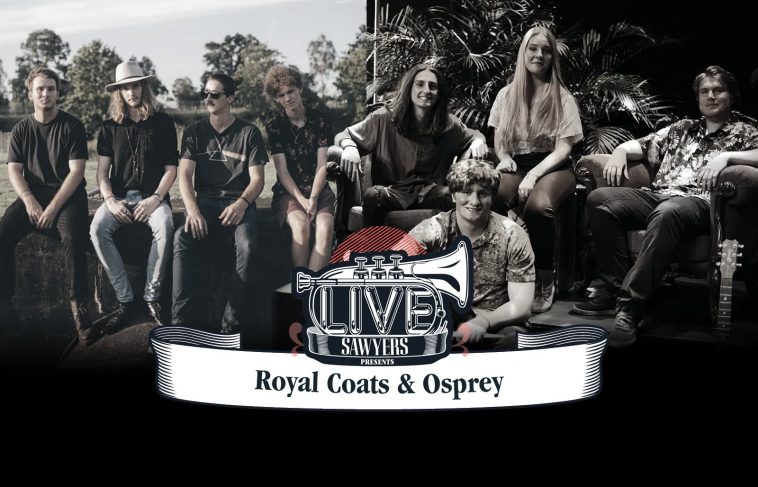 The Royal Coats have been described as a rock band with catchy riffs and groovy beats. The two guitarists and bass player met during a music course in 2019 and jammed together until they met their drummer and as they say, the rest is history! The guys have taken inspiration from some of the most popular bands such as Foo Fighters, Silverchair, Royal Blood, Powderfinger and many more. They’ve toured their unique sound around Newcastle and sold out their first Sydney show in late February 2021! They’ve shared the stage with acts such as Lunar Umbra, Reborn Freedom, Jye Sharp and many other artists. They released their first single ‘Strawberry’ in early December 2020 and are getting ready to release more tunes soon. The combination of William Dyer Culhane’s grungy vocals and guitar playing, Elijah Roberts tasty lead breaks, Jack Johnson’s addictive bass licks and Bailey Wade’s groovy drum beats makes them a band you won’t want to miss!
Osprey started out as a couple of school mates jamming out in country New South Wales. After playing at some school assemblies and some country gala days, we expanded into Newcastle. Soon afterwards they began writing original material, releasing out debut single Gemini late in 2020.

This is a general admission event with no allocated seating.