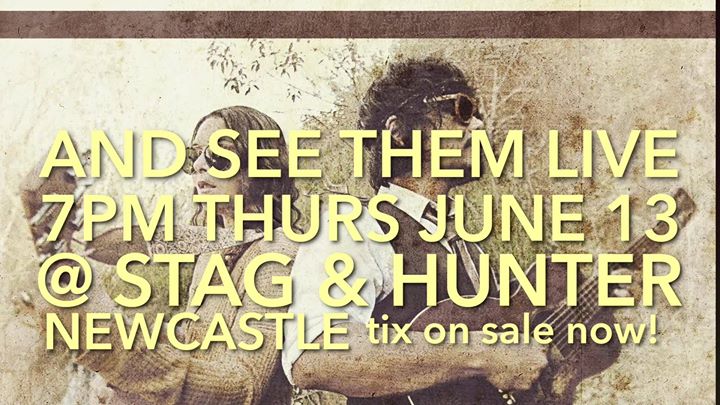 So excited for our first tour in my first home, Australia! Please help us make it a special one to remember and join us / invite your Novacastrian people. Can’t wait to bring this California/Oz duo blend to you! We’ll both be doing a few solo songs to open and then bring it home with the harmonies from the new album. Hope to see you and sing for you and make you feel something there. Here’s a fancy bio!!!… (♥ Lee)

When unsigned singer-songwriters Lee Coulter & Dixie Maxwell teamed up for the first time last July, their single “We You Me” shot to the top of the iTunes singles chart in Australia and New Zealand.

“Overnight success” doesn’t apply when there are decades of paying dues between the two of them. As two seasoned singer songwriters – Coulter originally from Brisbane and Maxwell from San Diego, California (with a year stint in the Nashville scene) – they have quietly honed their crafts in the background of cafes, bars and restaurants across the USA.

On his own, Coulter and his soulful folk songs were deemed the “discovery of 2011” by Sirius XM’s Coffee House channel. He’s opened for iconic artists such as Tom Jones and the late Chuck Berry. Cult favorite, Martin Sexton, stated that “the world needs more Lee Coulter songs.”

On her own, Maxwell, with her vulnerable songwriting and distinctly soft magnetic delivery, wins you over from the very first note by empowering her audience to listen to their own inner voice as she explores themes of hope, longing and freedom. She has had songs placed in major motion pictures and opened for artists such as Andy Grammar.

Together, their sound is exponential. It’s modern indie-folk meets a classic movie. Encouraged by the sound and the response to their first single, they have now teamed up for a full duo album “Ballad of the Sexes” as “Lee Coulter & Dixie Maxwell,” out now over all major platforms and they’re coming to play for their new listeners in Oz.