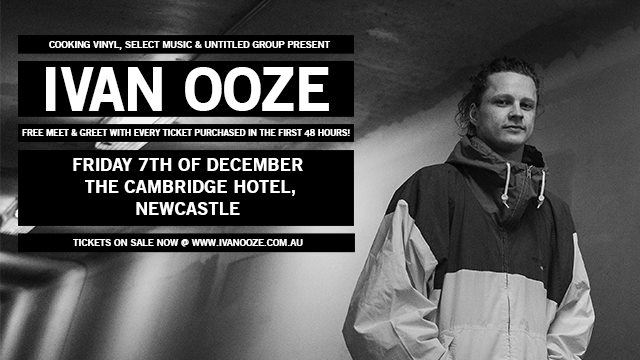 Ivan Ooze – who cut his teeth touring with Ice Cube, Cypress Hill and Wu-Tang Clan – is back at it again touring regionally for the release of the first single off his upcoming EP. DESERVE is a collaboration between Plutonic Lab and Kingswood guitarist Alex Laks and is out on Cooking Vinyl Records now. The self-proclaimed Hannah Montana of the rap game will be bringing his acerbic wit and cartoon energy up and down the east coast where he has built up a momentous fan base within the regional town centres, giving them a taste of his new EP before its impending release.