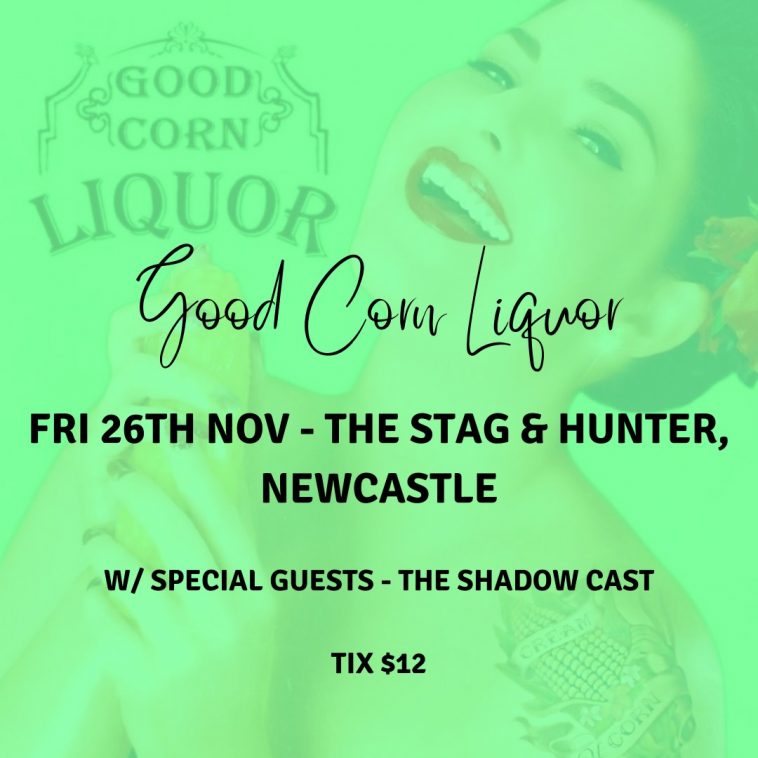 Good Corn Liquor Live at The Stag and Hunter Hotel

Good Corn Liquor are a country and bluegrass band hailing from the small country town of Gunnedah, NSW. All four members attended high school together and have been playing music together for over ten years. GCL was formed at the start of 2011 incorporating country, blues and bluegrass styles. The band was originally formed as a three piece, consisting of singer/harmonica player, Stu Mckenzie, guitarist/banjo player, Ben McCauley and guitarist and singer/songwriter, Ben Murphy. At the start of 2012, Good Corn Liquor attended their first TCMF as a group busking for beer change and shortly after the festival, Nicholas Wright joined the band on Double bass, completing the quintet. The band quickly added further instrumentation of percussion, mandolin and dobro to enhance versatility during their live shows. Since then GCL have played festivals in Tamworth, Gunnedah, Newcastle and Sydney, have also appeared in a Japanese reality TV show. With the recording of their first, self titled, EP in late 2012 (launched at TCMF 2013) it showed what the band could do originally. The band is back in the studio briefly early 2014 to build upon original material, hopefully seeing a full length album produced by the end of the year. They can be regularly found entertaining crowds up and down the north west as well as the hunter region.