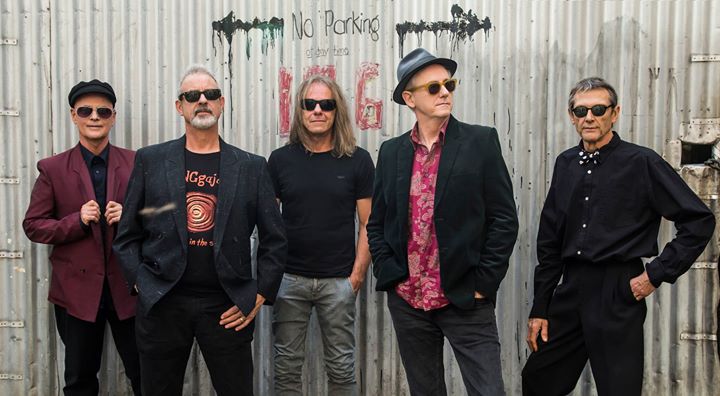 Tickets available now online at:
https://www.trybooking.com/BEQUK
and from the Toronto Hotel Bottleshop

Check out just some of Ganggajang’s hits on youtube:

GANGgajang have cemented themselves into the Australian music landscape, none more so than their hit song” Sounds of Then – This is Australia” which to many has become a default national anthem.

GANGgajang has been active for over 30 years with the very same band lineup that launched their platinum debut album in 1985.

Proclaimed by the World Professional surfing Federation as best band in the world two years in a row in 1987/88 GANGgajang gained a strong connection to surfing and beach lifestyle through the cult surf movie “Mad Wax” finding audiences around the world wherever surfing and surf culture are found.

The Spy’s live show is like being hit by a truck, the songs Injustice, Hard Times, Soldiers, A.O, Credit Cards, One Of A
Kind, Don’t Tear It Down, come at you hard & fast, music with a message, an experience in musical nirvana.