Celebrating its 29th year in 2020 Flickerfest remains Australia’s leading Academy® Qualifying and BAFTA recognised short film festival, ensuring that we continue to present A-list short film programmes recognised amongst the best in the world with films hand-picked from the festival’s record 3,500 entries!

Flickerfest, Australia’s largest short film festival is excited to be bringing its National Tour to Kotara Cinemas in Newcastle, showcasing the Best of Australian Shorts and the Short Laughs Comedy programmes. Flickerfest Director Bronwyn Kidd – raised in Newcastle – is delighted to be returning and bringing the very best short films with her.

The Flickerfest programmes present a selection of entertaining, inspiring and award-winning films hand-picked from the festival’s 3,500 entries, giving local Flickerfest audiences the first look at the hottest shorts in the world today.

Clever comedy follows as audiences laugh their way through a selection of off-kilter funny shorts from Australia and across the world with the Short Laughs Comedy programme. Highlights include Flickerfest 2020 Best EU Short Film winner The Land Over There (Drubenland) from Germany in which some ‘odd wall’ falls down – and suddenly everything is in chaos, the hilarious The Tent from Norway in which Putting up a tent becomes a fateful event for a dysfunctional family of four and the fabulous animation Division Series from Korea and set in a KFC where Donald Trump and presidents from various countries play cards in an attempt to win the last chicken basket.

There will be a festival party at 8pm with food & drinks in between the two screenings. 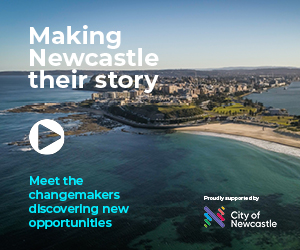