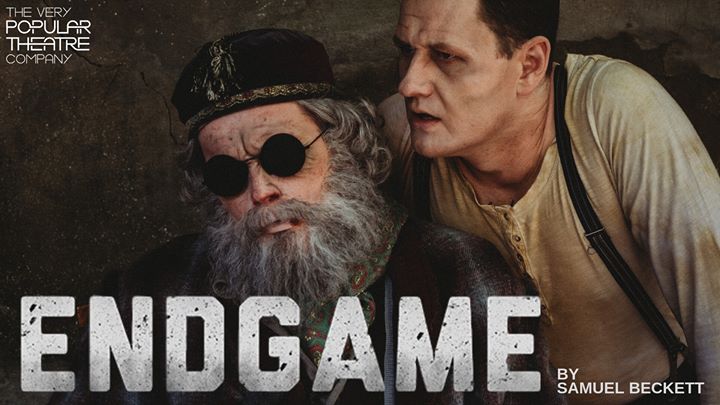 Considered by critics to be Beckett’s greatest one-act play, ENDGAME is the pinnacle of his characteristic philosophical distillation of human behaviour.

Hamm and Clov painstakingly endure the devastating repetitiousness of life in their post apocalyptic bunker with nothing but each other, a room full of memories and a three-legged dog to pass the time. To survive they need each other … or do they?

​With no shortage of Beckett’s unique brand of absurdist gloom, ENDGAME finds the light in misery.

​In honour of her father, the late Victor Emeljanow, in his plight to direct one last show 10 years after his last outing with Beckett (Waiting for Godot, 2008), ALEXANDRA EMELJANOW picks up the mantle for the next epic chapter in the Emeljanow theatre making biography. Emeljanow leads a cast of Newcastle’s finest, including DANIEL STODDART as Hamm and BEN LOUTTIT as Clov. Supported by the unforgettable MICHAEL SMYTHE and FELICITY BIGGINS as Nagg and Nell.