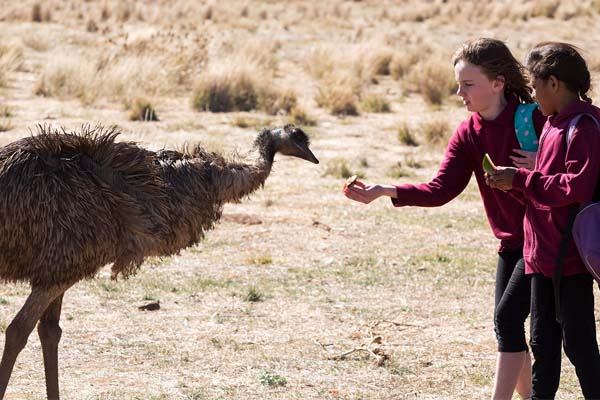 Civic Cinema in the Playhouse

Directed by Imogen Thomas 2018
Winner of the AACTA award for Best Indie Film.

In an outback NSW town a young Indigenous girl forms a very special bond with a wild emu, in a unique Australian story of love and loss.

Director Imogen Thomas’s debut was made over 15 years, in close collaboration with the Indigenous community of Brewarrina in western NSW.

Newcomer Rhae-Kye Waites shines as Gem, a nine-year-old girl who deals with the grief of her mother’s death by secretly befriending a wild emu. However, her need to source tasty snacks for her new friend, and her absence from school, attract the attention of family and authorities. Gem’s loving father (played by Wayne Blair, The Sapphires) is at a loss to know how to handle his wayward daughter.

A lyrical and poetic film grounded in social realism and emphasising the importance of Country, community and storytelling, Emu Runner is recommended for ages 8 and up.