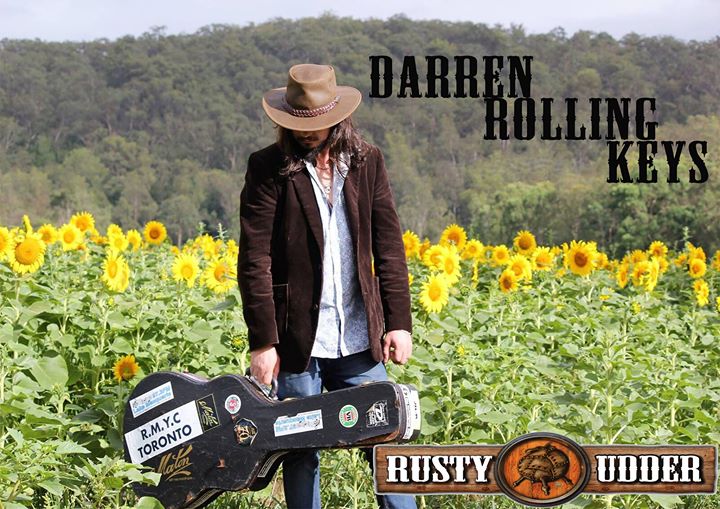 Darren Rolling Keys is a Central Coast singer-songwriter specializing in Classic Rock.
Darren captivates his audience from his first song making heads turn as soon as he starts singing until his last song where his audience want one more song to dance to.
Darren Rolling Keys will be performing live in The Rusty Udder Bar Saturday 4th July from 6.30pm.