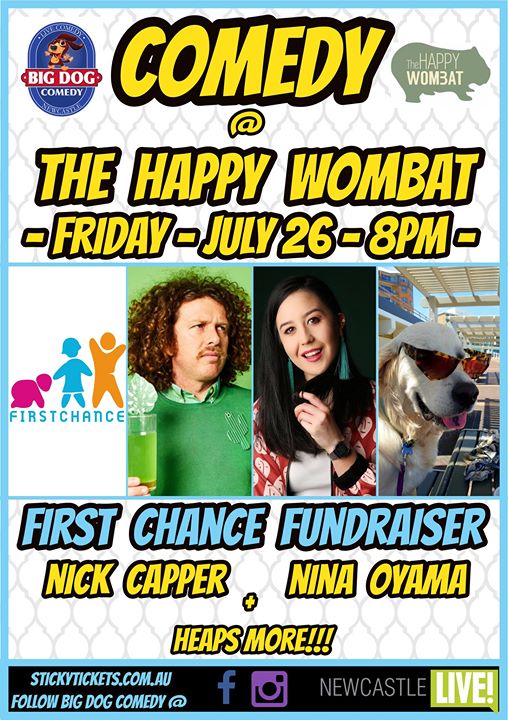 First chance is a not for profit organization that provides early programs for children with a disability or developmental delay, and their families.

Off the back of roaring success at Newcastle Comedy Festival.
Capper is coming back for one night only!!

If you’re into sh*t loosely themed around a country boy moving to the big city…but also fetishes and Brazilian Jiu Jitsu. You’re in for a wild night.

‘Nick Capper is the real deal. He has funny bones and a wild imagination that spins amazing stories.’ Anne Edmonds

Handpicked to be part of Just For Laughs at the Sydney Opera House in 2018. She plays Courtney in ABC’s Logie Award-winning show Utopia and is a former reporter on Tonightly with Tom Ballard. Most recently, she co-created and starred in The Angus Project