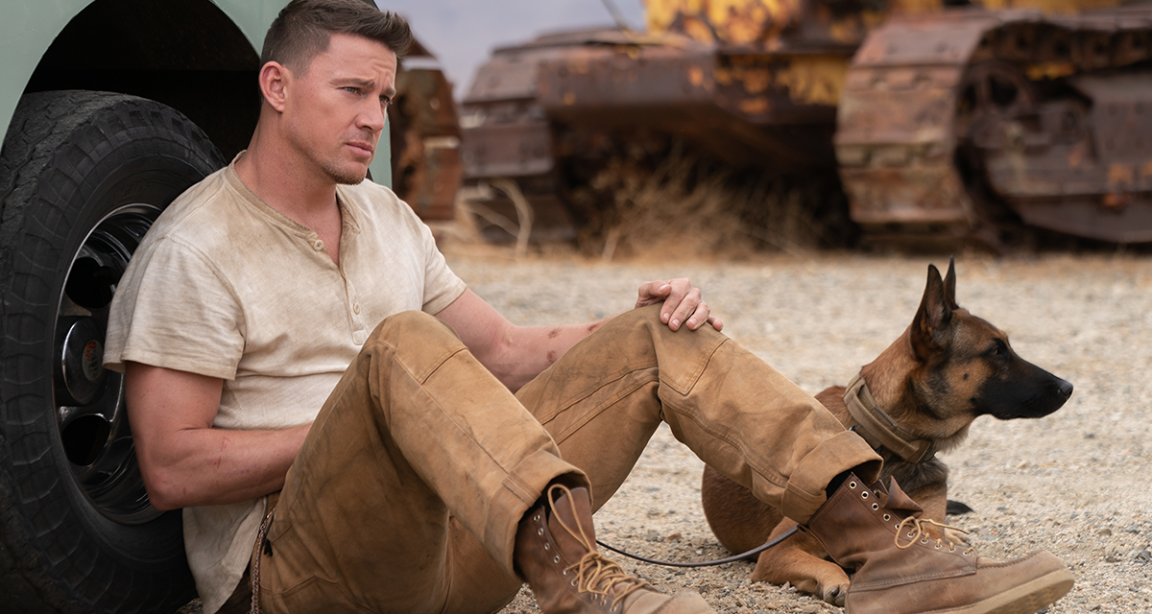 When I heard that Channing Tatum was starring in and Co directing a new film with Magic Mike writer, Reid Carolin, I was excited. Mostly because based on their previous collaboration, I figured there was a good chance Tatum might get his gear off at some point. So, I did what any normal woman would do, I took my 85-year-old grandmother to the movie.

The comedy/drama Dog, sees Tatum as former Army Ranger, Jackson Briggs, desperately trying to get back into the service after being found medically unfit after a traumatic brain injury received in the line of duty. A glimmer of hope comes when he is tasked by his old Sergent with driving Lulu, a military dog across country. The death of Brigg’s old army buddy who was Lulu’s former owner set the scene for the unusual road trip and what could be your standard buddy movie but becomes more thanks to both Tatum and the subject matter.

There is a charm about Channing Tatum that is undeniable. A combination of strength and vulnerability that will pull on your heartstrings. All of this is intertwined with the funnier parts of the film. Dog destroys things at the most inappropriate times, a chase ensures. Tatum sucking on a homemade edible lollipop while wearing a pink kimono and a surprising moment where they both end up in the bath together. Tatum with his shirt off for the win.

It becomes obvious early on that both man and beast have PTSD. That underlying factor is the soul of this film. The dog has no way to articulate trauma but even with the advantage of language skills humans sometimes can’t just say I’m hurting. A scene at a service member’s funeral where a uniformed officer kneels in front of the soldier’s mother and says “a grateful nation thanks you” leaves you wondering what that actually means. Is the nation grateful enough to deal with the different ways that trauma manifests itself if each individual service member. Grateful enough to deal with the scars you can’t see and fund services for veterans accordingly. It’s a timely reminder that the solutions to the damage done in combat can be complex and less available than they should be.

As I sat in V Max at Event Cinemas and tears rolled down my face as Kenny Rogers dulcet tones sang The Gamber, those words meant more than they ever had. The secret to surviving is knowing what to throw away and knowing what to keep. Sometimes we all just need someone to help us through the darkest night and to remind us that daylight is just over the horizon.

Dog is now showing at Event Cinemas around the country including Kotara and Glendale. Visit eventcinemas.com.au to purchase tickets and to find out more.