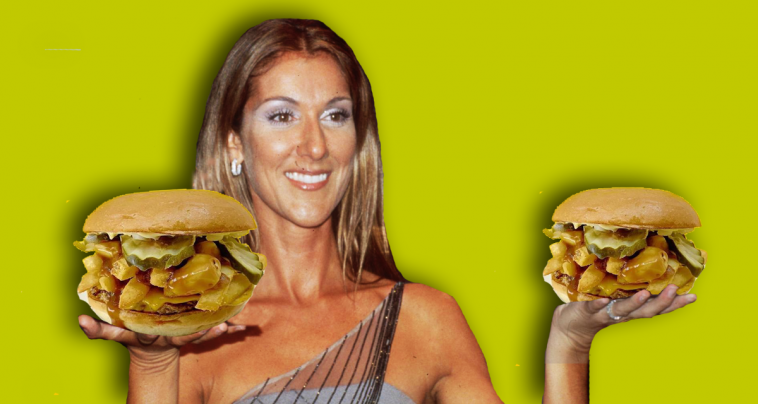 In a case of ‘it was so nice let’s do it twice’, the folks over at Rascal have seen fit to revive their burger homage to Canadian chanteuse Celine Dion.

The burger, the Celine Dijon first made a cameo appearance on the Rascal menu back in October last year and proved such a hit it’s back again for another week.

In case you missed the fuss last time around, you can expect an explosion of Canadian food culture with its heavy emphasis on the iconic Canadian dish poutine.

What you get here is a wagyu patty, cheese, melted cheese curds, Dijonaisse, seeded mustard gravy, chips onion and pickles.

Obviously, given its namesake’s waif-like frame, it would be unlikely that Celine would tuck into one of these hefty burger mountains herself, given that Rascal have billed this burg as a ‘Titanic assault on the senses.” it seems a perfect fit.

Also, given the rousing reception this little number received on its first go-round, it’s pretty much a free-kick that they will be flying out the door faster than you can say “my heart will go on.”

So, if this thing has you salivating like a Mountie over a plate of Canadian bacon, you need to make a beeline to Rascal today!

Rascal is located at 1/266 King Street Newcastle and The Corner Precinct Charlestown Square.