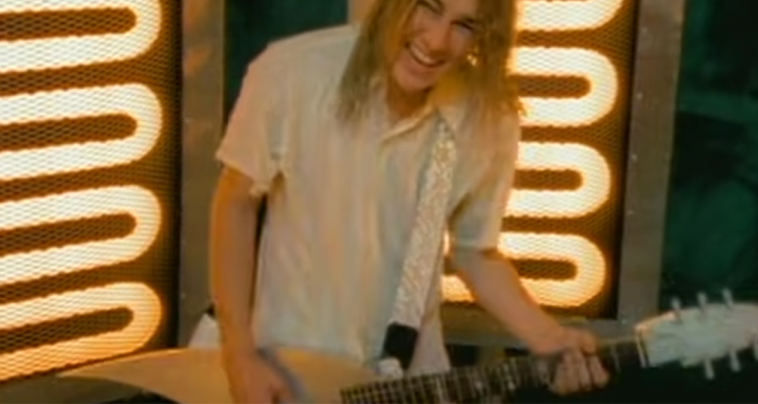 To celebrate the 25th anniversary of Silverchair’s number one single, Freak, Daniel Johns is giving fans a chance to win a guitar from his personal collection.

You can go into the draw to win the vintage Roswell Rhoads Jackson guitar, which Daniel played on the Freak music video, by pre-ordering one of the limited-quantity, single-pressing and hand-signed versions of the forthcoming album, FutureNever.

“After such a strong response to an earlier post about this guitar, one lucky person who pre-orders this version of the album will win one of my vintage Roswell Rhoads Jackson guitars,” Daniel wrote on Instagram.

“This edition of the album will never be available for purchase again, EVER.”

The pre-order he bundle also comes with hand-written lyrics to Freak on A3 paper made from recycled 1997 itineraries, magazines, newspapers and comics by Dodgy Paper.

“I have also partnered with Dodgy Paper to create my own run of recycled 1997 paper created via a unique process where itineraries, magazines, newspapers and comics from 1997 will be made into a pulp and blended into a one-of-a-kind A3 sheet of ‘97 FreakyPaper. On this paper I will handwrite the lyrics of Freak, which is the most collectable thing I’ve ever made available. The A3 lyrics are perfect for framing.”

There’s also a Nobody knows I’m Daniel Johns t-shirt in the pack, a t-shirt emblazoned with lyrics from Freak and a sweater and beanie.

The bundle is only available for purchase until Sunday 16th January via Sound Merch.