At many pub’s, clubs, karaoke nights and parties around Newcastle and the whole world, the memorable Georgia Satellites song “Keep your hands to yourself” has been played, sung and enjoyed by millions of people. That song and the album of the same name reached number #2 on the American charts and was a hit here in the land down under also. The singer and writer of that classic song and many other rock and roll gems is Dan Baird (formerly of the Georgia Satellites).

Dan and his band “Homemade Sin” are performing at Lizottes in Lambton next Wednesday night as part of their world tour and with the calibre of this lineup, which includes former “Georgia Satellites” drummer Mauro Magella/ ex “Bonafide” bassist Micke Nilsson and the incredible guitar player Warner E Hodges ( formerly of the fantastic American band “Jason and the Scorchers” whose hit song “White Lies” is an absolute classic) these guys really shouldn’t be missed. Any true lover of rock and roll will appreciate this night of great music, good food in an intimate and stylish atmosphere. Being a local musician myself I know these guys are respected and admired throughout the Newcastle music community and have earned that respect, I believe, by being authentic and honest in their approach to and delivery of the music they play. 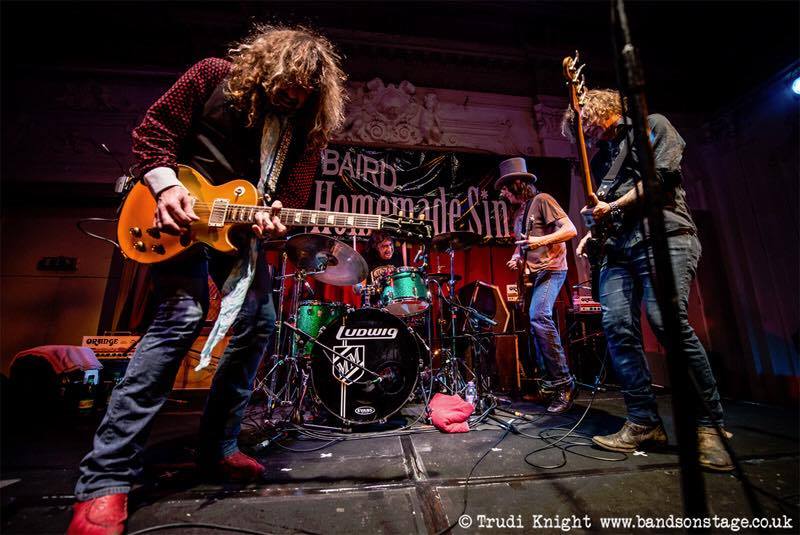 The band’s latest album “Roller Coaster” is a collection of exceptional American Rock and Roll with real groove, edge and some extra tasty “twang”. I thoroughly recommend this band and encourage everyone who follows Newcastle Live and the live music scene in general to show these guys that Newcastle supports and appreciates bands who visit our music loving city. Also just got word that local musician and nice bloke Justin Ngariki will be playing on the night which is another good reason to get there.

DAVE: Is this your first trip to Australia?
WARNER: No I’ve been here before 86/87 era with Jason and the Scorchers.

DAVE: Are you familiar with any bands from Australia?
WARNER: My favourite AC/DC of course. I know the obvious one’s..INXS, Midnight Oil, Rose Tattoo, Hoodoo Guru’s.

DAVE: You have your own solo career also…Do you play any of that material on this tour?
WARNER: We do perform some of my solo stuff inside Dan Baird and Homemade Sin. Once again Danny was heavily involved in those records,playing bass and electric, as well as being seriously involved in the songwriting. If Danny needs a break or something vocally,we are capable of doing a few different tunes.

DAVE: Have you got a favourite guitar you own?
WARNER: Nah. I kinda look at them as tools. Nothing more than that. I’m not really a ‘mystic’ or mojo guy. You can play or you can’t..it really ain’t any deeper than that.

DAVE: How has this tour been going so far?
WARNER: Only 2 dates in. The first was pretty good, some jet lag still on a couple of people in the band, but last night (at the Cherry Bar in Melbourne) was spectacular.

DAVE: You have a rich history in the rock and roll game…What bands have you played or toured with over the years that you admire?
WARNER: R.E.M, The Fabulous Thunderbirds when Jimmie (Vaughn) was still in the band. Stevie Ray (Vaughn), damn shame for his,our loss…MONSTER player..Hell I left the Vaughn brothers off my “guitar player list also Brendan O’Brien, Peter Stroud, Kevin Kinney, Jimi Hendrix.