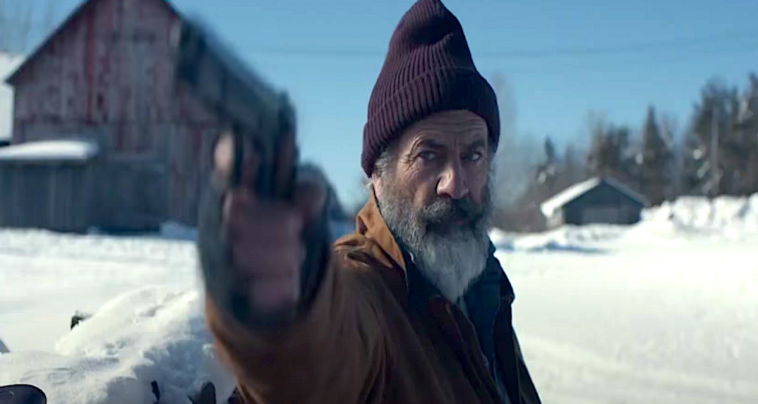 With global pandemics, murder hornets and the establishment, by the Pentagon, of a UFO taskforce (for example), it would be pretty safe to assume that one of the drunkest years on record has pretty much exhausted ideas for weird gear to throw at us.

The ex-pat Aussie is set to star in an absolutely nuts Christmas movie that looks like it could very well be a combination of The Santa Clause and Die Hard.

Check out the trailer for Fatman below

And we here at Newcastle Live are all about that.

Mel’s St Nick is forced to take on a hitman (played by Walton Goggins) hired to ‘whack’ the Jolly One by a disgruntled child who receives a lump of coal for Christmas.

If the thought of a menacing Santa Claus dashing through the snow with a Glock in hand, locked in mortal combat with the guy who was Michael Chiklis’ offsider in The Shield, and Tarantino fave, then this is the action-comedy Christmas thriller you never knew you needed!

A sentiment summed up by one bewildered cinema-goer in YouTube comments on the flick’s official trailer with: “Until this very moment I never knew I needed a movie with violent Santa Claus but from the deepest parts of my subconscious Mel has created what may become a staple in holiday movies at my home!

“I’m just going to need a bunch of quotable lines and we have a winner!”

Another chimed in with a hopeful: “This just might give Die Hard a run for its money as best Christmas movie ever : )”

Fatman is slated for release in November.