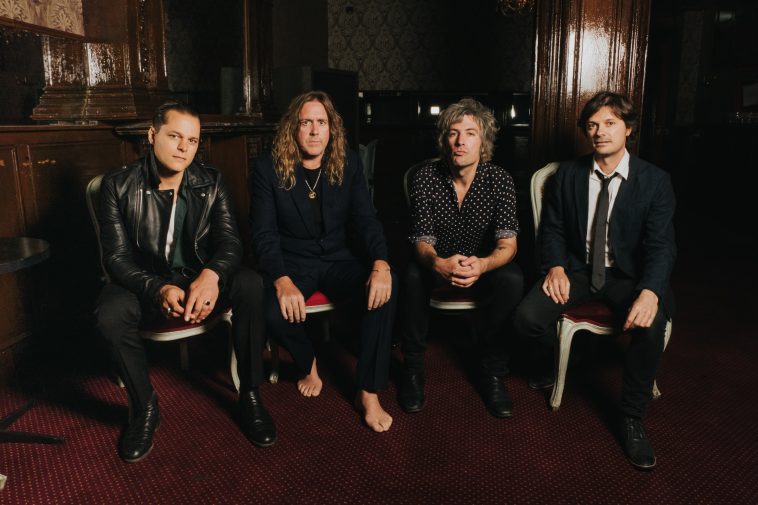 It was 50 years ago today…well this year at least, when the Beatles released their classic album Abbey Road.

While it was followed up with Let it Be, Abbey Road was ostensibly the Beatles final studio album – representing the last time JohnLennon, Paul McCartney, Ringo Starr, and George Harrison recorded together before disbanding in 1970.

Kicking off with the brilliant Come Together and finishing with Paul’s cheeky ode to the Royal Family with Her Majesty, Abbey Road could arguably be the Beatles’ masterwork – Maxwell’s Silver Hammer, I Want You (She’s So Heavy), Here Comes The Sun and even Ringo’s entry Octopus’s Garden – there is very little ‘downtime’ on this classic.

Now, to celebrate the auspicious milestone, ARC – the Aussie supergroup comprising Kram (Spiderbait), Darren Middleton (Powderfinger), Mark Wilson (Jet) and Davey Lane (You Am I) are hitting the road to remind all and sundry why Abbey Road is still such a special album.

Speaking to Newcastle Live Spiderbait drummer Kram said that he couldn’t wait to rip into the classic set.

“It’s going to be amazing,” he enthused. “It really is a classic album, one of the classics and to be celebrating its 50th anniversary is something that we, all Beatles tragics, are really looking forward to.

For Kram, the album holds a special place in his heart, largely for the breadth of the musical territory it covers.

“Also, side two contains one of the greatest moments in rock and roll history – Medley – which is just a remarkable piece of composition.

“Overall it is such a rich tapestry of a record and given that they knew they were on the verge of breaking up, it was the perfect swansong.”

While Lennon and McCartney are normally the ones singled out for praise when it comes to talking about the Beatles, and even George for providing the sonic architecture, Ringo’s contribution is sometimes diminished. John himself even reportedly said, “Let’s face it, he’s not even the best drummer in the Beatles.”

However, Kram is having none of that, admitting that Ringo’s inimitable style had a direct influence on his own playing.

“A lot of guys and I was definitely one of them, get really into the flashy stuff when starting out on the drums,” he said.

“In my younger days I was all about drummers like Stewart Copeland [The Police] and John Bonham [Led Zeppelin], and while those guys are obviously great, over time I worked out that the greatest were Ringo and Charlie [Watts, Rolling Stones].

“They were both just constantly in the pocket and while Ringo’s playing may sound simplistic, just have a listen to the drums on Come Together – it’s a pretty bloody challenging bit of work.