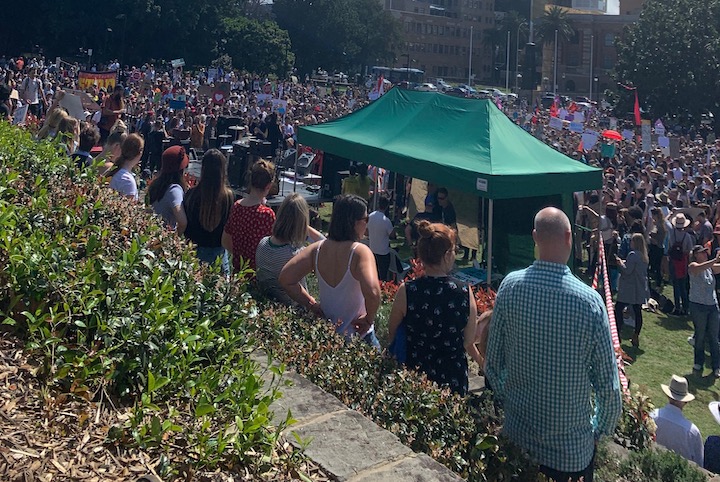 Today I took part in the Climate Change Action Protest in Civic Park.

There were a lot of people ranging from babies to 85-year-olds. There were thousands and thousands of people, and I was very pleased that the majority of them were my age!

I was one of only three people in my year that went to this Climate Change Protest, and I wish there were more!

I spent about two hours the night before making a sign, as I believe this is a very important matter.

If we don’t stand up, our voices will NEVER be heard!

I am so grateful that I got to participate in this rally and have my voice heard, and proud that I was able to stand up for what is right and really make a difference to the world.

One small action can make a BIG difference, and hopefully, this one will!

This protest effects not just me, but billions of people worldwide, we need more children to rally together and stand up!

Because if we don’t say it, then who will?